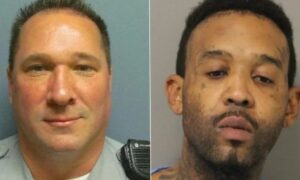 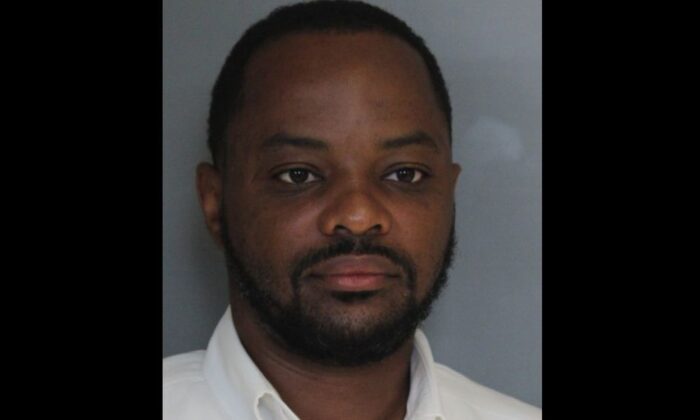 A Delaware state lawmaker was arrested this week for allegedly attacking a woman at a restaurant in what appears to be a domestic violence incident, officials said.

According to a news release from the Delaware State Police, State Senator Darius J. Brown, 39, was arrested “after an altercation occurred at a local restaurant over the weekend.”

Police said that Brown, a Democrat, allegedly punched a woman in the face. The woman claimed that the 44-year-old female victim said they were arguing “about a social media post” when Brown struck her, the news release stated.

It’s not clear what the social media post was about.

“After he assaulted the victim, Mr. Brown got up from the booth where they were seated and threw a glass of water, which broke into pieces,” officials said. “Mr. Brown then exited the establishment prior to the trooper’s arrival. The victim sustained some redness to the side of her face but did not require any medical attention.”

The incident occurred at the Taverna Rustic Italian Restaurant on May 16.

Brown was arrested on charges of offensive touching and disorderly conduct, which are both misdemeanors, the release said.

Authorities said Brown turned himself into a Delaware State Police precinct and was arraigned. He was released on his own recognizance with a no-contact order with the victim.

The Epoch Times has contacted the senator’s office for comment. According to WDEL-TV, Brown was absent during the state legislative session on Tuesday.

State Senate President Pro Tempore Dave Sokola, a Democrat, said that domestic violence crimes “are serious and in direct conflict with the values of the Delaware Senate Democratic Caucus.”

But Sokola cautioned that “a presumption of innocence is one of the most sacred principles in the American criminal justice system,” as reported by DelawareOnline Wednesday. “I will carefully consider whether any formal actions are warranted in the coming days as we learn more about this incident.”

Brown, who was elected in 2018, is the chairman of the Delaware state Senate Judiciary Committee.

“I have a tax liability,” the senator said at the time. “I have a payment arrangement to make a monthly payment. That’s what I do to satisfy my liability, which is no different than other people with the challenges they have.”

Other details about his case were not released by police.