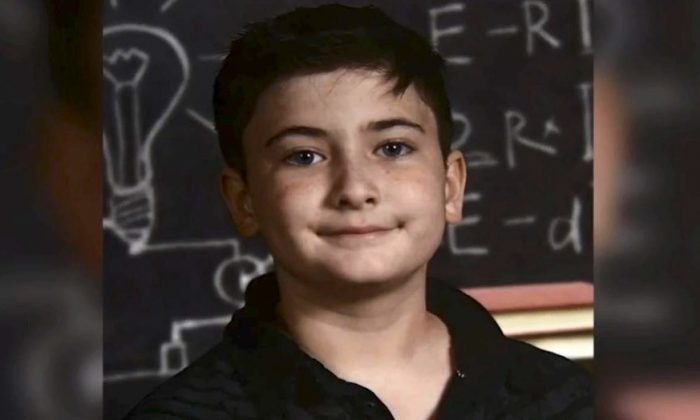 Joshua Trump, has faced intense bullying because of the coincidence of surnames with U.S. President Donald Trump, according to the boy's parents. (Screengrab via WPVI)
US News

An 11-year-old Delaware boy was allegedly forced to change schools—and even changed his name—after relentless bullying because of his surname.

“So recently I had to change my son’s bus because he was being punched and bullied all because of his last name…which is Trump,” wrote Joshua’s mother, Megan.

The parents of Joshua, who is a student at Talley Middle School in Wilmington, said their son started getting teased by classmates when Donald Trump first announced plans to run for the White House in June 2015, according to a WPVI report.

“I had to sit down with my son and hear him tell me that he hates himself and that he feels sad all the time,” the boy’s mother said.

Joshua, who has always used his mother Megan’s maiden name as his own, has no connection with the U.S. president, aside from having the same surname.

“He was getting ridiculed and bullied for the fact that his last name was Trump,” father Bobby Berto told the station. “I pulled him out of school and homeschooled him for a year.”

The boy’s parents said they had hoped the teasing would taper after Joshua entered middle school, but bullies again started picking on him.

The bullying has become so intense since Joshua Trump’s return to the classroom, that officials in the Brandywine School District have agreed to let him use his father’s last name—Berto.

Megan Trump and Robert Berto met with school officials about their son’s name and the name-calling.

School principal Mark Mayer told the pair that the boy’s surname had become such issue that some teachers avoided saying it out loud.

“I do know the teachers were aware of the last name,” Mayer said, “and I know in speaking with the student that the teachers do their very best to try not to say his last name.”

He told Trump and Berto that five students identified during an investigation into the bullying have been disciplined.

“They were apologetic and they did say that they were sorry,” the principal said.

But Trump said the bullying continues, and she worries about her son’s mental health.

“He said he hates himself, and he hates his last name, and he feels sad all the time, and he doesn’t want to live feeling like that anymore, and as a parent, that’s scary,” Megan Trump told WPVI.

School officials at Talley Middle School were said to be working to provide Joshua with additional support to counteract the bullying.

Danielle Starkey, from Delaware, wrote an encouraging message, saying she and her boy should ignore the hate and be proud to be associated with the U.S. President.

“Tell your son to be proud of his last name,” she wrote. “He has the same name as a man who is proud of the country he represents. A man who is bullied every day doesn’t quit instead he still continues do the job he was elected to do. A man who donates his salary to organizations that support our veterans. Tell your son the name Trump represents hope to a lot of people.”