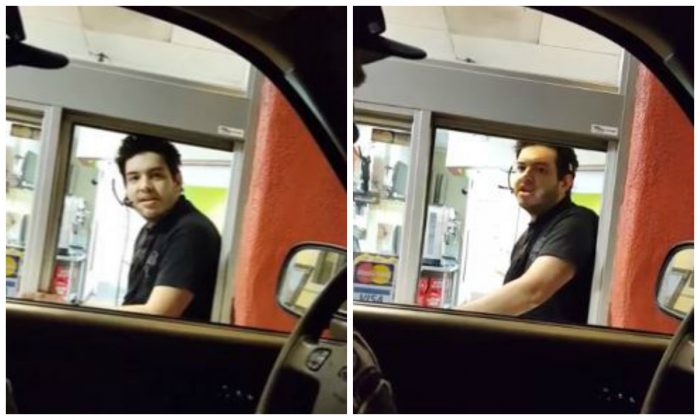 A Del Taco employee recorded by a customer displaying rude behavior was fired by the company.

The male employee was working the drive-through at the Peoria, Arizona location when the customer approached the window.

In the nearly three-minute clip, the customer and their companions apparently asked for sauce they didn’t receive but the employee flips them off and says: “I don’t give a [expletive].”

The customers said they would send the video to his boss and noted he could be fired, but he didn’t think that would be the case.

Confrontation between Del Taco drive thru and customers who didn’t get their sauce from Kobe D on Vimeo.

“I am the boss,” he replied. “My dad’s actually the [expletive] owner so good luck with that.”

The employee said at one point that the customers were mistaken and had received sauces.

The video was later posted to Facebook and Vimeo.

A Del Taco representative responded, saying: “We strive to provide a positive guest experience at all of our restaurants and were appalled by this behavior as it is not representative of our high guest service standards. We took this incident very seriously and addressed it with the location’s franchisee, who took definitive action by terminating the employee immediately.”