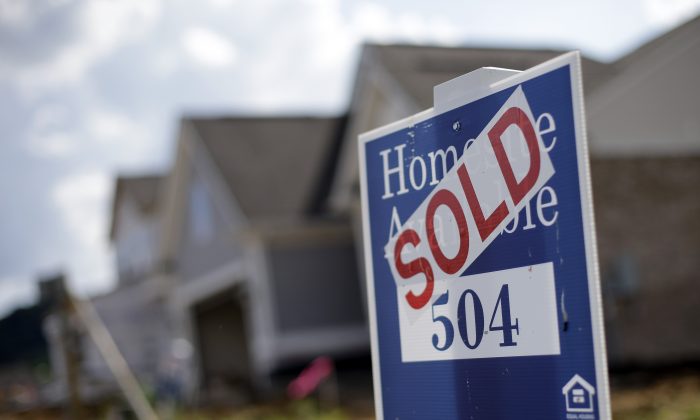 One week after the Federal Reserve raised short-term interest rates slightly from record lows, the average on a 30-year fixed mortgage went the other way: It dipped to 3.96 percent this week from 3.97 percent last week, mortgage giant Freddie Mac said Thursday, Dec. 24.

The drop is a reminder that the Fed has only an indirect effect on long-term mortgage rates, which more closely track the yield on the 10-year U.S. Treasury. And that yield, in turn, tends to stay down as long as inflation remains low and investors keep buying Treasurys. The 10-year Treasury yield has declined slightly since the Fed’s hike last week.

Back in the mid-2000s, when the Fed raised rates at 17 straight meetings, mortgage rates barely budged, Becketti noted.

Still, the average 30-year mortgage rate is up slightly from 3.83 a year ago and from 3.76 percent in late October. Becketti said a few additional modest Fed rate hikes won’t likely have much effect on longer-term rates until the central bank starts reducing the huge portfolio of bonds it accumulated during and after the Great Recession.

The Fed’s bond purchases were intended to lower longer-term loan rates to try to stimulate borrowing and spending and energize the economy. The Fed ended its bond purchases last year as the U.S. economy strengthened. But it has yet to begin selling the bonds, which would tend to nudge up longer-term rates.

Fed Chair Janet Yellen has signaled that the Fed is in no hurry to start reducing its portfolio of bonds—one reason long-term mortgage rates could remain low for a while.

Historically low mortgage rates have helped the American housing market recover from the real estate bust of the late 2000s.

John Canally, chief economic strategist at LPL Financial, says mortgage rates “should not be a major impediment to the housing market” even if they do rise a bit in 2016. He notes that 30-year fixed-rate mortgages averaged 6.5 percent during the housing boom of 2000 to 2007.

Historically low mortgage rates have helped the American housing market recover from the real estate bust of the late 2000s. Despite a recent decline, sales of existing homes are likely to rise about 5 percent this year from 2014. Year to date, new-home sales have advanced 14.5 percent, driven by job growth that has pushed the unemployment rate to a seven-year low of 5 percent.

On Thursday, Freddie Mac also reported that the rate on 15-year fixed-rate mortgages, which are popular with homeowners who are refinancing their home loans, was unchanged at 3.22 percent.

To calculate average mortgage rates, Freddie Mac surveys lenders across the country at the beginning of each week. The average doesn’t include extra fees, known as points, which most borrowers must pay to receive the lowest rates.

One point equals 1 percent of the loan amount. The average fee for a 30-year mortgage was unchanged from last week at 0.6 point.