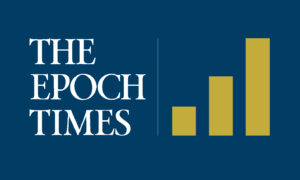 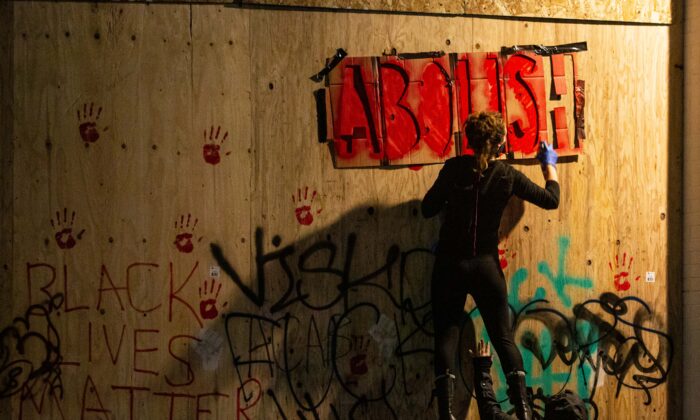 A new poll found that the movement to “defund the police” pushed heavily during Black Lives Matter protests and the far-left extremist group Antifa are both highly unpopular among Americans.

The Epoch Times National Poll conducted by Big Data Poll found that American voters overwhelmingly reject the “defund the police” movement, with 61 percent opposing the call and 24 percent supporting it.

Following George Floyd’s death in Minneapolis in May, numerous Black Lives Matter (BLM) protesters and far-left activists asserted that police departments need to be defunded or even abolished. Several Democratic-led city councils around the United States passed measures to remove funding for police or started the process of dismantling departments, including in Seattle, New York City, and Minneapolis, among others.

Meanwhile, The Epoch Times/Big Data poll found that support for BLM is waning as a whole. About 42 percent of respondents have a favorable view of the movement and organization, while the poll also found that 41 percent found it unfavorable. Another 15 percent said they have no opinion of BLM whatsoever, and 2 percent said they never heard of it.

There was a clear shift in opinion when comparing favorables during the first and second waves of polling. In the first wave, conducted on Aug. 26–28, 43 percent (43.3 percent) held a favorable view of the group, while 40 percent (39.6 percent) held an unfavorable view. By the second wave, conducted on Aug. 28–30, the group was underwater 9 points at 38 percent favorable to 47 percent unfavorable (37.5 percent to 47.3 percent), the poll found.

Earlier this year, President Donald Trump and Republicans seized on the “defund” calls, saying that Democrats are tacitly supporting riots, arson incidents, looting, and anarchy in the wake of Floyd’s death. In August, Democratic Party spokeswoman Xochitl Hinojosa told reporters that the party and presidential candidate Joe Biden don’t “support defunding the police and I don’t know how many times we have to say this on this network or others, but that is the case.”

In late June, House Democrats also passed the George Floyd Justice in Policing Act, which would ban chokeholds and no-knock warrants in drug cases. It would also change qualified immunity protections for officers, making it easier for individuals to file lawsuits against police.

The Epoch Times National Poll was conducted by Big Data Poll and interviewed 2,169 likely voters nationwide sourced via voter file-verified online survey panels from Aug. 26 to Aug. 30. The sampling error is plus or minus 2.1 percent at a 95 percent confidence interval projecting the electorate at 145 million. The results were weighted based on gender, age, race, education, and region. The partisan affiliation breakdown was 36 percent Democrat, 32 percent Republican and 32 percent independent/other, mirroring the Aristotle national voter file database.