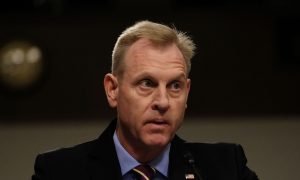 Forget the Secretary of Defense; Let’s Examine the F-35
0 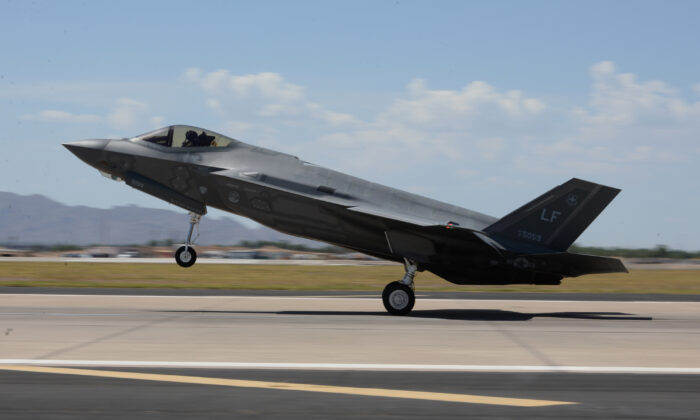 Defund the F-35 to Protect the United States

When it comes to stealth weapons, the coronavirus is tough to beat. Nobody saw it coming when 2020 began. And when it arrived, it shut down the economy almost completely.

That’s not the only damage. “The [Congressional Budget Office] also projected that the economy will shrink by 5.6% over the course of the year, and that the unemployment rate will rise to 16% in the third quarter and remain at a high 11.7% by the end of 2020, averaging 11.4% for the year,” Forbes noted.

At a moment like this, lawmakers have an important job: They must continue to protect the United States from all threats. But they must also find ways to slash unnecessary spending so the economy doesn’t end up buried under a pile of debt.

They can accomplish both goals by cutting and reforming one bloated program: the F-35.

The Government Accountability Office “estimates that the sustainment costs to operate and maintain the F-35 fleet for its planned 66-year life cycle are $1.2 trillion, bringing the total cost of the F-35 program to over $1.6 trillion.” That’s the most expensive weapon system in history. Not just American history. All of history.

This might be a wise investment if the F-35 (also known as the Joint Strike Fighter) was helping our country win wars. But it’s actually a failing system. Despite the investment, “the program is not meeting standards aimed at ensuring consistent, high-quality products, and fielded aircraft do not meet reliability goals,” GAO reports.

The F-35 was supposed to save money, not burn through it at 1,200 mph (when it’s even allowed to reach that speed). On the drawing board, it was sketched to provide a common platform that could be used by the Navy, by the Marines, and by the Air Force. Since they could share parts and repair crews, the jet would save money over the long haul. It made sense as a plan.

But in flight, the F-35 falls far short of its design. “The annual F-35 operating and support costs are estimated to be considerably higher than the combined annual costs of several legacy aircraft,” the GAO reported as far back as 2014. The military would have saved money if it had kept building the jets that the F-35 was supposed to replace.

Meanwhile, it’s not much of a weapon, either.

Popular Mechanics magazine has been tracking the F-35’s progress, or lack of progress, for years. The publication recently noted that the plane is required to fly slowly. “The Department of Defense places strict limits on the amount of time a pilot can spend at supersonic speeds, in order to avoid damaging the aircraft,” it wrote. Reportedly, flying too fast could damage the jet’s delicate systems.

But, of course, speed is the point of a modern warplane. Just as jets replaced prop planes because they were faster, planes such as the F-35 are supposed to be superior to enemy weapons because they can outrun those jets. When our pilots feel the need for speed, the F-35 is proving to be too delicate to deliver reliably.

Meanwhile, the Pentagon admits to many other problems with the F-35. For example, the Marine version may have a lifespan of just 2,100 hours, about a quarter of the expected 8,000 hours of service; the weapons systems on the Air Force version are laughably inaccurate, meaning the plane is not able to hit targets; and the F-35’s reliability rating falls short of 80 percent, the minimal goal it ought to be able to exceed by this point in its development. So, it’s not durable enough, can’t shoot straight, and it’s unreliable. These are significant problems.

Enough with the waste.

The U.S. government can no longer afford to throw money at the F-35. In the age of coronavirus, it’s time to focus on what works, not keep supporting an ineffective, overly expensive albatross.

Bryan Preston is a veteran of the United States Air Force. He was also the producer for NASA’s Hubble Space Telescope and is the author of “Hubble’s Revelations: The Amazing Time Machine and Its Most Important Discoveries.”