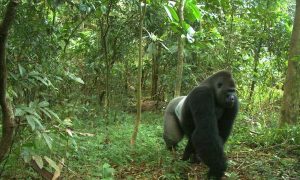 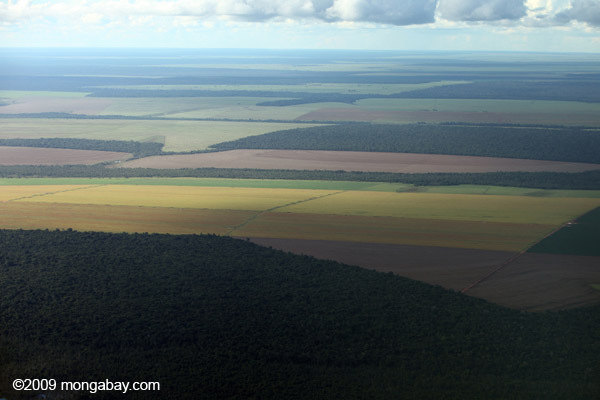 Agriculture and forest in the Brazilian Amazon (news.mongabay.com)
Environment

Deforestation Possibly Stopped by 2040 in Brazil

“Our analysis shows that Brazil already has enough to absorb the largest expansion of agricultural production in the world in the next three decades, without deforesting an additional hectare of natural areas and agricultural livestock areas,” said lead author Bernardo Strassburg, a professor at Pontificia Universidade Catolica (PUC-Rio) and executive director at the International Institute for Sustainability. “The key is to increase productivity of the pasture areas. Today we use only a third of the potential of our pasture, and if we pass this potential and use half of it, in 30 years we could increase the production of meat by 50%, and release 32 million acres for other crops such as soybeans and planted forests.”

“If we can achieve 70% of the potential, we could release another 36 million hectares to reconstitute native areas as important to ensure the provision of water and other environmental services that support agribusiness, energy production, and the Brazilian economy.”

Such a transformation would require improved planning, better management techniques, and technical assistance and finance for ranchers.

The researchers estimate that increasing the productivity of 115 million hectares of existing cattle pasture by roughly 50 percent to about half its theoretical carrying capacity could save up to 14.3 billion tons of carbon dioxide emissions. It concludes that similar increases in productivity may be possible in other countries as well.

“The fact that the country poised to undergo the largest expansion of agricultural production over the coming decades can do so without further conversion of natural habitats provokes the question whether the same can be true in other regional contexts and, ultimately, at the global scale.”

This article was originally written and published by news.mongabay.com. For more information and the original article please click HERE.