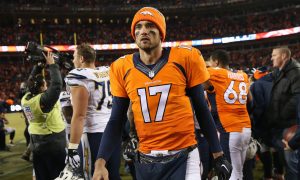 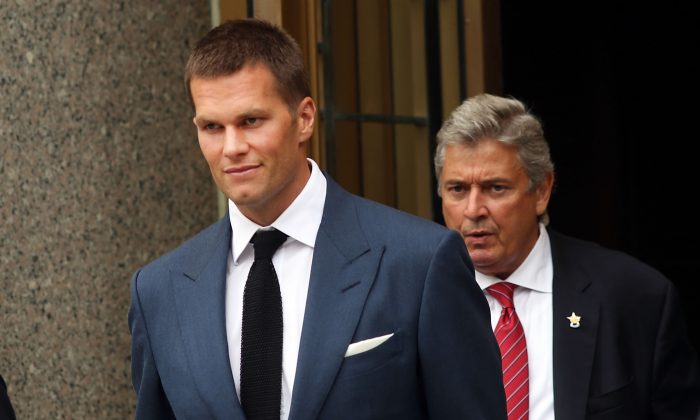 Tom Brady of the New England Patriots was suspended four games by the NFL for his part in deflategate, but the sentence was overturned. (Spencer Platt/Getty Images)
NFL

Ben Goodell, a 7th-grade student of Lynn, Massachusetts. who is no relation to NFL commissioner Roger Goodell, said his science project proves that weather caused the now-infamous footballs to deflate during the Patriots-Colts playoff game in January of 2015.

Every single time I did this test the PSI dropped at least 2 PSI.
— Ben Goodell, science student

This is in contrast to the NFL’s findings that resulted in the 243-page Wells Report, where the league ultimately ruled that Patriots quarterback Tom Brady was partially responsible for the deflated footballs and suspended him for four games for his part in the controversy.

The punishment was eventually overturned. Still, the Patriots were fined $1 million and docked a pair of draft picks.

The whole thing clearly didn’t sit well with Ben though.

“I was kind of upset because I didn’t think it was fair for them to say that Tom Brady was going to be suspended for 4 games,” Ben said according to WBZ-TV.

So the 12-year-old Ben put a regulation-inflated NFL football through different weather conditions and climates like humidity, snow, cold, wind chill—conditions of an NFL game—and the result was the same every time.

It was scientifically proven that Tom Brady didn’t deflate the footballs, and it was just the weather conditions.
— Ben Goodell, science student

“Every single time I did this test the PSI dropped at least 2 PSI. That means it was scientifically proven that Tom Brady didn’t deflate the footballs, and it was just the weather conditions,” he said.

The NFL’s investigation of Deflategate has cost $20 million to date – but 7th-grader Ben Goodelll could have saved everyone the trouble with his science project.

The findings of the project were put into an eight-page report that received the top award at the 7th-grade science fair.

Ben, a Tom Brady fan who plays football himself, wanted to see Brady’s name cleared. “I don’t think it was fair for them to just say he’s a cheater,” he said.

Unfortunately for Ben, the NFL has already made its findings and is seeking the courts to restore Brady’s suspension.