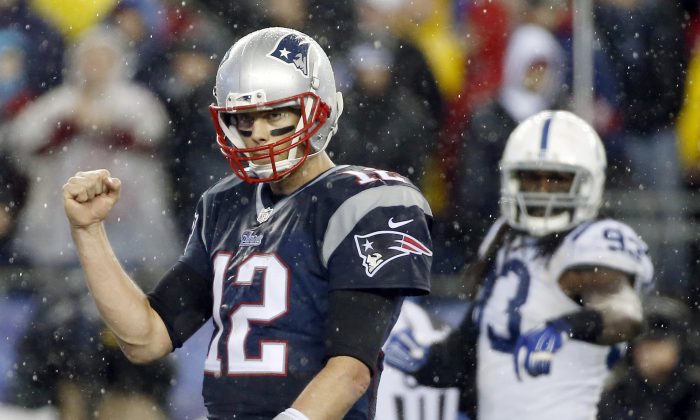 Deflate-Gate: What We Know, What the Patriots Are Saying

Now in day two of deflate-gate, here’s what we know about the NFL’s investigation of the Patriots and their deflated balls.

1. A league spokesman confirmed the investigation, which was first reported Sunday by television station WTHR in Indianapolis, to ESPN on Monday morning. A possible punishment for New England, should the league find them guilty could range anywhere from a fine to loss of a draft pick.

2. Newsday reported Monday that the Colts first noticed something unusual after an interception by Colts linebacker D’Qwell Jackson late in the second quarter. Jackson then gave the ball to a member of the Colts’ equipment staff, who noticed the ball seemed underinflated. At that point, coach Chuck Pagano and general manager Ryan Grigson were notified, and Grigson alerted NFL director of football operations Mike Kensil, according to the report.

Colts coach Chuck Pagano said he did not notice issues with the football, according to the Associated Press. He did not specify when asked whether the Colts had reported the issue to officials.

“I think I’ve heard it all at this point … it’s ridiculous,” Brady said Monday morning during his weekly interview with WEEI. “I don’t even respond to stuff like this.”

What are the Patriots’ players reactions? Tight end Rob Gronkowski chimed in on twitter: