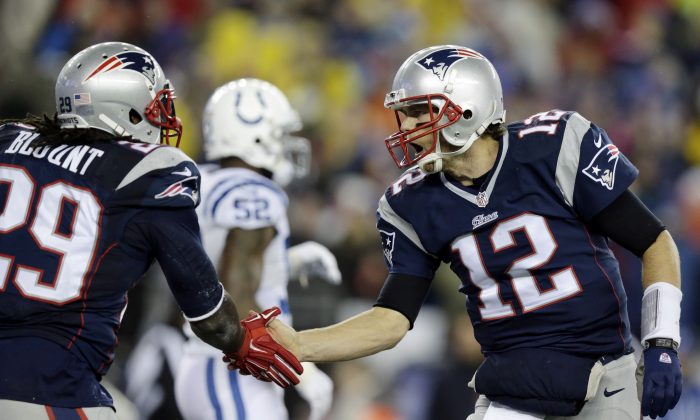 According to a report on ESPN, 11 of the New England Patriots 12 game balls used Sunday in the win over the Colts were inflated significantly below the NFL’s requirements.

Should the report be true and given New England’s history of cheating under Bill Belichick (Spy-gate perhaps?) the Patriots are probably looking at a serious penalty, such as a loss of draft picks, in addition to a fine.

According to turn to ESPN Stats & Information here is a look at draft picks that have been forfeited for various reasons since 1980:

Current and former players sounded off on twitter Wednesday:

U deflate balls for 3 reasons(esp. in cold) Easier 2 grip 2 throw, softer 2 catch, most importantly the other team isn’t prepared 4 it #Pats

That being said about #DeflateGate, the #Patriots were going to smoke the #Colts even if they played with Nerf Balls!

This is just an issue because it’s the Patriots. They won by 38. This doesn’t change the outcome of the game

I gave #Patriots the benefit of the doubt, wow! And YES there is an advantage in cold weather for sure. #cheating http://t.co/GuFYnbIaqy

QB’s are picky about fb’s and could tell you everything about their game balls. broken in to their liking. how it works. period.

But it didn’t matter if we played with Nerf footballs on Sunday they straight out whooped us. We can give them credit for that.

Every team tampers with the footballs. Ask any Qb In the league, this is ridiculous!!

Football. The essential piece to play the sport has ben compromised. Thats a problem right?

MORE: Deflating Balls Was Common Until 15 Years Ago Said Terry Bradshaw in Book