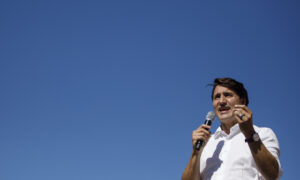 2019 vs 2021: Election Results So Similar but the Country So Different
0
Share Now
TelegramFacebookTweetEmailTellMeWeReddit
Copy Link 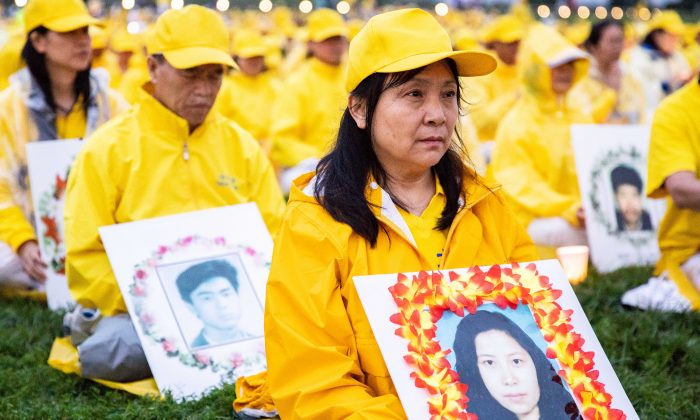 Gao Weiwei holds a picture of her sister, Gao Rongrong, who was killed in communist China for her belief in Falun Gong, in Washington on June 22, 2018. (Samira Bouaou/The Epoch Times)
Canada

What’s the difference between a cold genocide and a hot genocide? That’s one of the weighty issues discussed in a peer-reviewed article headed by a Canadian researcher published recently in the world’s top journal on genocide studies.

University of Manitoba associate professor Dr. Maria Cheung explains in the article that a hot genocide is the violent destruction and killing of a victim group in a short period of time, whereas a cold genocide is a slow and often subtle multi-dimensional destruction of a group over a long span of time.

She argues that a cold genocide is not only about the physical destruction of a group, but that it is inseparably linked to the psychological, structural, and social destruction of the group as well.

“No one will pay attention to it because it’s too slow to notice that this is actually a systematic killing with a clear intention,” Cheung said in an interview. “I think what makes a genocide is the intention, not the scale, of the killing. It’s an intention to eradicate a group.”

Cheung adds that the theory of cold genocide is still a new concept that remains open-ended and indeterminate.

Titled “Cold Genocide: Falun Gong in China,” the article was published in Genocide Studies and Prevention: An International Journal. The publication is the official journal of the International Association of Genocide Scholars, an organization that seeks to further research and teaching about the nature, causes, and consequences of genocide and to advance policy studies on its prevention.

The authors argue that the Chinese Communist Party’s campaign against Falun Gong, launched in 1999, is a cold genocide. While it satisfies the classical definition of genocide, Cheung said that definition places too much emphasis on the physical aspect of genocide and doesn’t capture the multi-dimensional nature of the brutal persecution of Falun Gong.

“For the Falun Gong case, it is not only the physical. The physical cannot be separated from the psychological aspect, the mental aspect, and the social aspect,” she said.

Falun Gong, also called Falun Dafa, is a traditional body-mind-spirit practice that was made public in 1992 and became widely practised across China in the 1990s. It is grounded in ancient Buddhist and Taoist philosophies that uphold the tenets of truthfulness, compassion, and tolerance.

However, feeling threatened by Falun Gong’s revival of traditional values and its immense popularity—70–100 million adherents by the late 1990s—the Chinese Communist Party launched a wide-ranging campaign of persecution against adherents on July 20, 1999, with then-leader Jiang Zemin issuing a formal order for the eradication of the group.

Millions who practise Falun Gong have been subjected to wrongful imprisonment, brainwashing sessions, and torture, with thousands of deaths confirmed in custody. The true number, however, is thought to be in the tens of thousands. The violent campaign has had a devastating effect on the lives of practitioners and their families.

Furthermore, the regime’s systematic coverup of its actions has been effective in reinforcing the lack of visibility of violence against Falun Gong in China. As explained in the article, online search terms related to Falun Gong are censored, publicly available data is distorted or deleted, and propaganda and misinformation are spread by the media not only within China but internationally as well.

The prolonged misinformation and manipulation of the media by the regime have been used to cover up its involvement in any violence or discrimination against Falun Gong. As the article explains, this has led to practitioners being marginalized in Chinese society, so their suffering is oftentimes overlooked or discounted.

“If there is a person who wants to look into it, unless they really dig deep into many aspects of the information, they can’t really get a picture,” Cheung said.

This lack of visibility stretching out over the past 18 years has created an environment under which a cold genocide can be sustained.

The most extreme aspect of Jiang’s eradication campaign is the forced, live organ harvesting of imprisoned Falun Gong practitioners, which always results in death.

Matas co-authored the first report on the killing of Falun Gong prisoners of conscience for their organs in 2006, which was presented in book form in “Bloody Harvest” in 2009. He then co-authored an updated report, released in 2016, which found that the 169 government-approved transplant hospitals across China had the capacity to perform more than a million transplants since 2000, the year after the persecution of Falun Gong was launched.

“Now it’s over 170 hospitals that are doing transplants, and it is just like a normal business,” said Cheung. “No one would know there is systematic killing unless they ask about the source of organs. So it becomes a daily activity, but under cover. It is a big crime.”

In the case of Falun Gong, the long-drawn-out, ongoing nature of the persecution; the government’s systematic coverup; and the marginalization of practitioners have led to the normalization of the genocide within China.

Normalization means the violence becomes a regular and normal part of society and daily life, unrecognized for what it is by the public, Cheung said. The result is inattention, where the genocide can continue with little to no opposition.

“I think people are very curious about why Falun Gong is considered a genocide, because a lot of people did not notice that it is actually a systematic killing for an extended period with a clear intention,” she said.