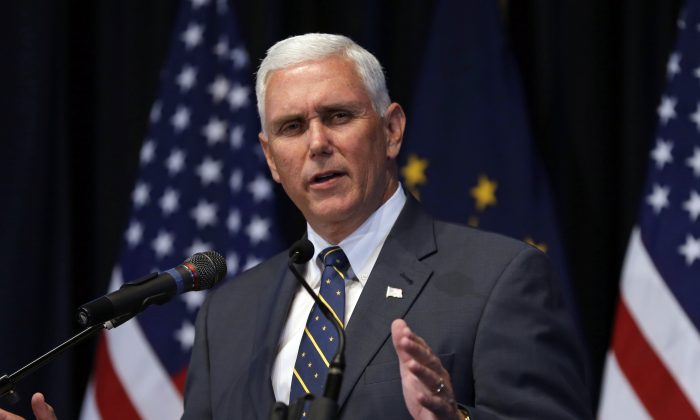 A group of 15 states has once again asked a federal court to decide on the legitimacy of a new Environmental Protection Agency (EPA) rule that the states say will end the use of coal to generate electrical power. The court has so far ruled that challenges to the new rule are premature, a point made in a 49-page response filed by the EPA.

The emergency motion, filed by West Virginia’s attorney general Patrick Morissey on Aug. 13, asks the D.C. Circuit U.S. Court of Appeals to stop the clock on the deadline for submission of a federally mandated State Implementation Plan for reducing carbon emissions from fossil-fueled power plants until after final publication of the new rule in the Federal Register, which normally takes up to four months.

The controversial new rule, called the Clean Power Plan and finalized on Aug. 3, requires states to devise and implement plans that will achieve a 32 percent reduction in carbon emissions from 2005 levels by 2030. Doing this would require replacing coal-fired generation of electricity with other sources like wind and solar power. The EPA started the clock immediately after announcing the finalized rule and set the first deadline for Sept. 6, 2016.

According to the EPA, the states relied on the wrong law in this most recent challenge, noting that the Court had already concluded in June that they must follow procedures under the Clean Air Act, which requires challenges of a final rule to be made within 60 days after notice of its publication in the Federal Register, at which time the rule becomes legally effective.

States contend in motion papers that the “firm deadline” will require them “to spend significant and irrecoverable sovereign resources” leading to irreparable harm while the states wait for publication. The states do not expect this to happen until at least December, although it could come sooner.

States believe the Court will block the new rule as being beyond the authority of the EPA, making the plan requirement invalid. But according to the EPA, this motion is just another premature attack to avoid compliance.

The states’ request follows upon a spate of motions and actions beginning last year that have attempted to thwart the new rule and protect states’ economies, which rely on the coal industry.

States are aiming to avoid the federal mandate altogether, hoping the Court will ultimately conclude that the new rule is unlawful. They say developing a plan requires committing to significant financial and time resources in order to comply.

But that’s only if they actually complete a plan, according to the EPA. The 2016 deadline is a preliminary submission at most and the states have the option to ask for a two-year extension. They can even elect to have the EPA do the work for them, in which case they don’t have to submit a plan at all, states the EPA’s response.

Since before the Court’s decision in June, state governors and attorney generals have resisted the EPA’s call for changes to the Clean Air Act.

States started a campaign of letters, executive orders, and resolutions vowing they would not comply with the burdensome Clean Power Plan.

Oklahoma governor Mary Fallin issued an executive order in April directing Oklahoma executive officials not to make efforts to develop a plan in response to a finalization of the Clean Power Plan without her express written authority. In responding to the announcement of the final plan in August, Fallin said the state of Oklahoma rather than the federal government knew best how to protect its environment.

“The EPA’s new rules will have minimal environmental benefits; they will, however, threaten our fuel diversity and lead to significant increases in utility costs across the country,” she said. About 40 percent of the state’s electricity is fueled by burning coal, data from the U.S. Energy Information Agency show.

Indiana Gov. Mike Pence declared in a June letter that the state of Indiana would not comply with the proposed rule if it was not significantly improved. “Our nation needs an ‘all of the above’ energy strategy that relies on a variety of different energy sources,” said Pence. “Energy policy should promote the safe, environmentally responsible stewardship of our natural resources with the goal of reliable, affordable energy.” The state of Indiana employs more than 26,000 in the coal industry.

In the days leading up to the final rule, lawmakers at the Southern Legislative Conference, the largest of four regional legislative groups, passed a resolution on July 21 written by West Virginia Del. Rupert Phillips urging state attorney generals to sue the EPA over the Clean Power Plan finding that it interfered with the sovereign power of the states.

Phillips said in a telephone interview that the federal government’s ambitious goal is unachievable and even if states could reduce carbon emissions by 32 percent it wouldn’t change anything.

“If you cut off every coal power plant in the country, you can do your own research to make sure I’m right,” he said, “the ocean water level would only drop if you take 3 sheets of paper and put it together, that’s the thickness that you would have that the ocean would drop.”

Although I wasn’t able to find the study that Phillips recalled, his claim that climate change is not caused by humans does have scientific support.

University of Wisconsin-Milwaukee atmospheric science professor Anastasios Tsonis said in an email that although humans have altered the earth’s land significantly in the last 150 years, it would be “naïve” to think that man is exclusively causing climate change.

“Climate change is happening all the time. Climate is never static,” he explained. Tsonis attributes the threat of climate change equally to humans, the ocean, and “extraterrestrial influences” such as the sun and cosmic rays. “There is a growing past and recent research on climate variability.”  He noted that global warming has significantly slowed down despite carbon emissions going up, but still believes it is prudent to research cleaner forms of energy.