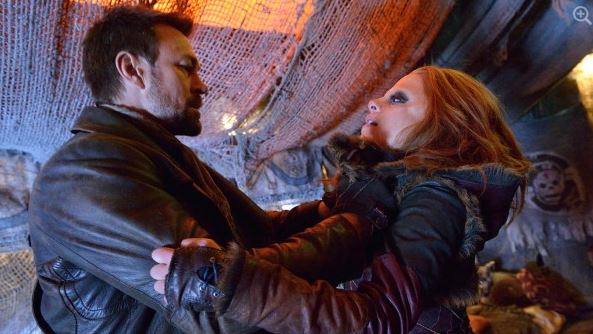 Defiance Season 3 Renewal? Will SyFy Show be Renewed or Canceled?

Defiance season 2 wraps up on Tuesday night and fans are wondering whether the show will be renewed or canceled.

SyFy hasn’t made an announcement either way as of yet.

But the ratings indicate that a renewal will probably be announced soon.

Senior SyFy executive Ted A’Zary told fans earlier this month via Twitter that there has been no news regarding cancellation or renewal yet, but encouraged viewers to watch the final episodes of the season.

Executive producer Kevin Murphy told reporters earlier this year (via Scifi Pulse) that he has a plan going forward if it is renewed.

“I’m confident that if there is a third season, I know exactly what’s going to happen in it, and I’m very excited to do it. That doesn’t mean that Syfy will agree with me, but I’m very confident that we’ll do a great job. And I think, based on the reaction of the show, I remain cautiously optimistic,” he said.

“Season 1 was about a wild and wooly, rural free sheriff driven frontier town, Season 2 was about a town that is under occupation dealing with what does it mean to be free and what does it mean to work within a larger context of society as we look at the rest of the world or the rest of North America. Season 3 is going to be more global, and it’s going to be more about dealing with the role of theology and government within a society.”