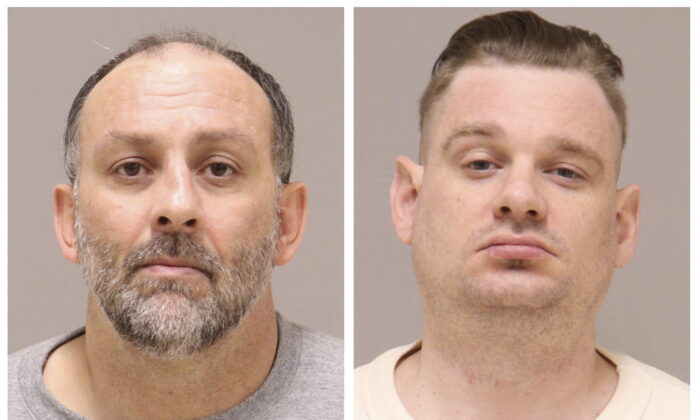 Lawyers for two men charged with conspiring to kidnap Michigan Gov. Gretchen Whitmer called investigators to the witness stand Friday to try to raise questions about their tactics in 2020 and highlight scornful attitudes.

The defense rested its case on the ninth day of trial. Closing arguments were scheduled for Monday in federal court in Grand Rapids, Michigan.

Adam Fox and Barry Croft Jr. declined to testify. They are on trial for a second time after a jury in April couldn’t reach a unanimous verdict but acquitted two other men.

John Penrod, a Delaware state trooper who worked on the case with the FBI, was confronted with text messages in which he called Croft a “coward” and other pejoratives.

“It could be Mr. Croft or it could be anyone in the group,” Penrod replied.

Blanchard also played audio of FBI agent Hank Impola telling an informant, “A saying we have in my office is, ‘Don’t let the facts get in the way of a good story.'”

But on cross-examination, agent Corey Baumgardner agreed with a prosecutor who said Impola’s remark two months after the arrests was actually a reference to how Croft and Fox would spin the kidnapping allegations.

The defense argues that Fox and Croft were entrapped by agents and informants who fed their wild anti-government views. Prosecutors say the group wanted to trigger a national revolt and was furious over COVID-19 restrictions imposed by Whitmer during the early stages of the pandemic.

Croft, 46, is from Bear, Delaware. Fox, 39, was living in the basement of a vacuum shop in the Grand Rapids area.

U.S. District Judge Robert Jonker gave instructions to jurors before sending them home for the weekend. He said the pair could be found guilty of conspiracy if jurors believe “there was a mutual understanding” to commit a kidnapping, among other factors, even if one wasn’t carried out.

But entrapment could apply if the jury believes agents and informants persuaded Fox and Croft to commit a crime that they weren’t willing to do before engaging them, the judge said.

“Ask yourself what the evidence shows about the defendants’ character and reputation. … Let these things marinate in your own minds,” Jonker said.