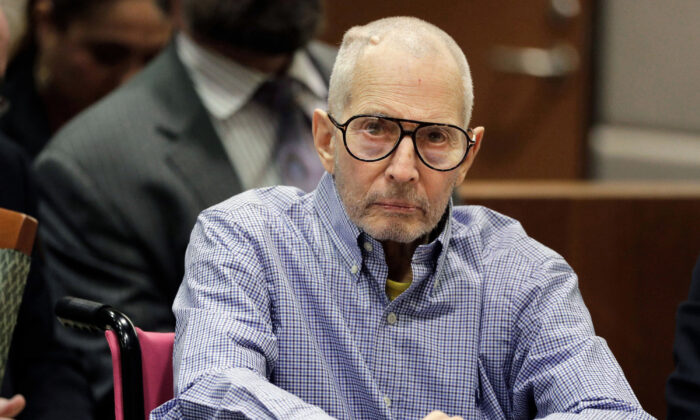 Lawyers for New York real estate heir Robert Durst acknowledge he penned a note tipping off police to the location of the body of a friend he’s accused of killing, according to court documents.

In a court filing last week in Los Angeles Superior Court, lawyers for Durst conceded he had written the note directing police to the home where his best friend, Susan Berman, was shot point-blank in the back of the head just before Christmas of 2000.

Durst, 76, pleaded not guilty to murder in Berman’s death but told a documentary film crew that the letter could only have been sent by the killer.

The revelation he sent the note was made in a joint filing by defense lawyers and prosecutors of stipulations they’ve agreed to before his trial scheduled for Feb. 10. Attorneys for Durst said they made the concession as a strategic decision after the judge agreed to admit the evidence based on analysis by handwriting experts.

In a statement sent to news outlets, Dick DeGuerin, Durst’s defense attorney, said: “We will not be publicly discussing strategy or evidence. This does not change the fact that Bob Durst did not kill Susan Berman and doesn’t know who did.”

The note sent to the Beverly Hills Police Department on the same day Berman was killed has been considered a smoking gun in the case since the bombshell finale of “The Jinx: The Life and Deaths of Robert Durst” aired on HBO in 2015.

Durst was shown the note written in block capitals that only included the address of Berman’s house and the word “cadaver.” He denied writing the note but said “only the killer could have written” it. The envelope was addressed with Beverly misspelled “Beverley.”

Filmmakers then confronted him with a letter he sent Berman a year earlier that appeared to have identical handwriting, including the same misspelling.

“I wrote this one but I did not write the cadaver one,” Durst insisted. But moments later, he couldn’t tell the two apart. After an awkward moment in which he blinked, burped, and put his head in his hands, he denied being the killer.

The interview then ended and Durst walked into a bathroom unaware he was still wearing a live microphone. He was heard muttering to himself: “You’re caught! What the hell did I do? Killed them all, of course.”

The note was postmarked the day before Berman’s body was found with a bullet through the back of her head and arrived on the day she was found.

L.A. County Superior Court Judge Mark Windham said in July he’d allow prosecutors to call at least two witnesses who concluded Durst likely wrote the note, but warned he wanted the experts to outline the scientific basis on how they reached the determination.

Windham also said he decided to reject analysis from William Leaver, a Los Angeles Police Department handwriting expert, who concluded it was likely the note was actually written by Nyle Brenner, Berman’s manager. The analysis was rubber-stamped by Leaver’s supervisor, who admitted she did not read it. Leaver stuck with his analysis even after Durst was added to the mix.

“At this point with the limited [exemplars] on Durst, there are more similarities w/Brenner. Need more,” Leaver wrote, according to a defense court filing. But prosecutors said Leaver changed his analysis to concluding Durst probably wrote the note after investigators obtained more writing samples from Durst.

Windham said Leaver’s conclusion, that it was “highly probable” Brenner didn’t write the note,” was “garbage” and that it was “truly shocking” Leaver’s supervisor signed off on the report without reviewing it.

Durst’s family owns a billion dollar real estate company that includes the World Trade Center. Durst married into the family and he and his wife, Kathie, enjoyed traveling and partying in the 1970s, her brother, Jim McCormack, told CBS. Durst later said both had affairs and Durst committed physical abuse against his wife.

Kathie vanished in January 1982. Friends said the couple had a fight at their New York weekend house before her disappearance, but Durst said he dropped her off at a train station so she could go into New York City. Her disappearance has never been solved.