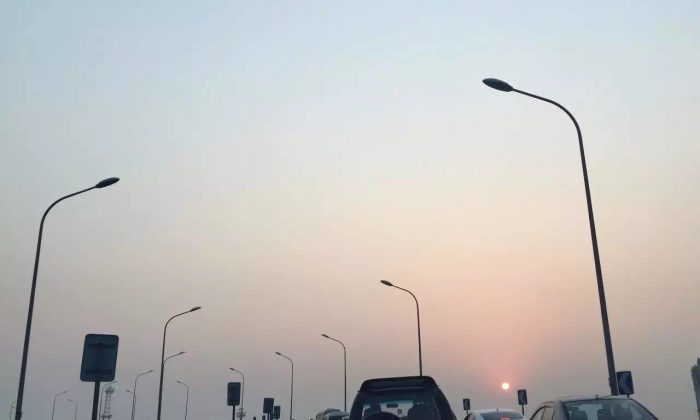 Wang Haitao, chief of economics at The Beijing News, reflected on two kinds of injury to the Chinese people in a Jan. 25, 2017 blog post. (Wang Haitao)
China

Wang Haitao, head of the economics department at The Beijing News, compares the Chinese regime’s attitude toward two different kinds of injury of its citizens in a blog post on Jan. 25. In one case, when the injury is imagined and caused by a foreign country, the government is outraged and proactive; in another case, when the injury is severe, real, and caused by local thugs and negligent police, it is silent. Wang concludes that Chinese are more concerned about their personal safety than an abstract sense of “hurt feelings.” — Epoch Times translation team

A few days ago, a friend asked me if I wanted to go to Lijiang for Chinese New Year. He said he could help me find a room. I really wanted to go — Lijiang is a famous tourist city in Yunnan Province, and the air quality is also great there.

But today, Lijiang suddenly seems like a scary place to visit. Last night a girl posted on her microblog account that she was beaten and disfigured for no reason while visiting Lijiang last November. She posted some shocking photos. Over a month has passed, and local police have done nothing to support or protect her. She still feels her life is at risk at any moment.

At the end of her blog she said: “If I disappear after February 11, you can assume that I was beaten to death in Lijiang. I am writing this to vent my anger and to not feel so lonely…”

Her post had been online for only 12 hours when I saw it and had already been shared 160,000 times, with 110,000 comments. Most of the comments were about boycotting Lijiang. A lot of people also shared about their own or their friends’ bad experiences there.

It’s hard to say whether this girl told the truth, but the moral of her story is that we are faced with one pitfall after the other. You think you’ve escaped from the smog, only to find yourself in some other perilous situation. There’s no escaping some horrible, unexpected danger.

The girl’s story caused a lot of outrage online. Netizens called for a Lijiang boycott. They would rather breathe the Beijing smog than go to Lijiang and enjoy clean air. Boycotting Lijiang seems the best way to show support for this girl. Even though this boycott means I’m making a sacrifice, breathing the Beijing smog suddenly seemed like a noble thing. But there’s another part of me that feels it’s stupid, and I’m frustrated about my lack of options.

Speaking of boycotts, the Japanese APA Hotel has also become a boycott target recently after Chinese tourists found a book on display at the hotel denying the Nanjing Massacre—war crimes committed by the Japanese army against the residents of Nanjing—during the 1937 Second Sino-Japanese War. The hotel management refused to remove the book after people complained.

The matter quickly escalated. The Chinese Foreign Ministry spokesman expressed dissatisfaction. China’s National Tourism Administration asked Chinese tourism enterprises to stop doing business with the hotel and also called on Chinese tourists to boycott the hotel. The APA Hotel group reportedly responded by insisting that the books should not be withdrawn, adding that it was very inappropriate for government to interfere and to criticize activities of private enterprises. How can we Chinese tolerate that! We have no choice but to call on more people to boycott the hotel, and even boycott traveling to Japan. The National Tourism Administration’s high-pitched call sounded pleasing to us. Our injured “national feelings” were soothed and defended. In the eyes of many, “national feelings” is one of the important values ​​of a country.

In my opinion, such a move is merely a ritual. When the APA Hotel aroused our anger, those of us who were enraged realized that we have a common identity: we are Chinese. Rituals are often just symbolic. The Chinese official microblog, Voice of China, has 19 million internet fans. However, in the 20 hours after the National Tourism Administration called for a boycott of APA, there were only less than 200 forwarding posts and comments.

Compared with the story of the assaulted girl in Lijiang, which was forwarded 160,000 times with 110,000 comments in just 12 hours, the call to boycott the APA hotel did not get a lot of participation. One reason may be that not many Chinese people travel to Japan anyway, and the other reason is that defending our personal safety is more urgent than defending “national feelings.”

I think the girl who is still trying to get justice from local Lijiang authorities for having been beaten and disfigured might not care about Japan or the APA hotel. She would probably be more interested in the National Tourism Administration boycotting Lijiang. But obviously, this isn’t possible. Firstly, Lijiang is part of China, and tourism in Lijiang is an important part of China’s tourism. Secondly, a Chinese being beaten by Chinese, in China, doesn’t involve “national feelings.” So, the girl can only turn to the public for sympathy.

Both of these stories are actually about the same thing: Chinese people getting hurt. In one case, the Chinese government is supportive, but in the other it’s not. The girl’s encounter with thugs in Lijiang happened two months ago. Had she been beaten and disfigured in Japan, the National Tourism Administration would have made a statement.

At the moment, surrounded by dirty air, I am making the point that the only weapon I have is to boycott either Japan or Lijiang. But this only gives me self-sacrifice and a sense of feeling noble. I haven’t quite figured out why I have this feeling of helplessness. Just like the girl in Lijiang, she too may not be able to figure out why she is so helpless.