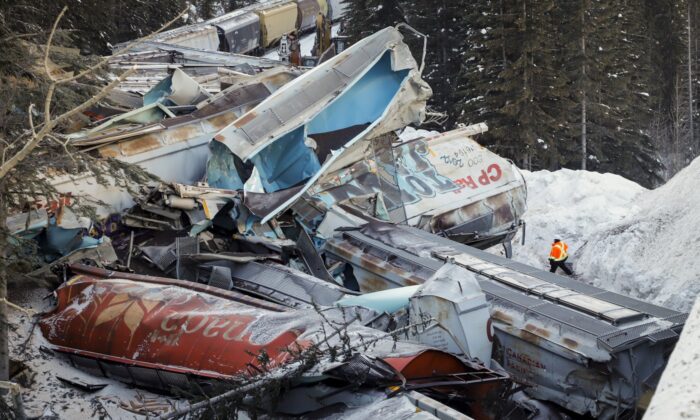 Defendants in lawsuits filed by families who lost loved ones in a British Columbia train derailment are denying any wrongdoing in the deaths of three Canadian Pacific Railway employees.

The derailment happened in February 2019, when 99 grain cars and two locomotives plummeted off a bridge near Field, B.C.

Families of two of the men killed filed separate lawsuits last April alleging negligence against CP, its CEO, board of directors, CP police, Transportation Safety Board officials and the federal minister of transport.

A statement of defence filed on behalf of CP Rail and its senior executives says the actions have “no chance of success” and are “an abuse of this court’s process,” calling plaintiff claims unfounded and inflammatory.

The TSB also disputes claims made against it, saying it acted in good faith and without malice while investigating the derailment.

The TSB investigation released last week found old brake cylinders on the parked freight cars were leaking compressed air and gave out in the extreme cold, allowing the train to start rolling uncontrolled down a steep grade.