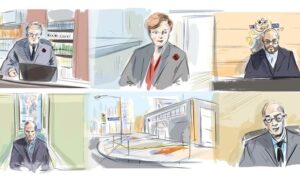 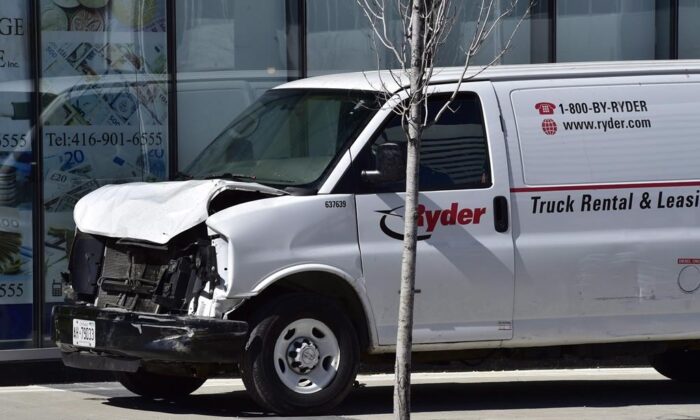 A van with a damaged front-end is shown on a sidewalk after a van mounted a sidewalk crashing into a number of pedestrians in Toronto, on April 23, 2018. (The Canadian Press/Frank Gunn)
Canada

TORONTO—The defence is set to give its closing arguments today at the trial for the man who killed 10 people in Toronto’s van attack.

Alek Minassian has pleaded not guilty to 10 counts of first-degree murder and 16 of attempted murder.

The defence argues Minassian is not criminally responsible for his actions on April 23, 2018, due to autism spectrum disorder.

The prosecution argues the 28-year-old from Richmond Hill, Ont., knew what he was doing was wrong.

Minassian has admitted to planning and carrying out the attack.

The only issue at trial is his state of mind at the time of the killings.