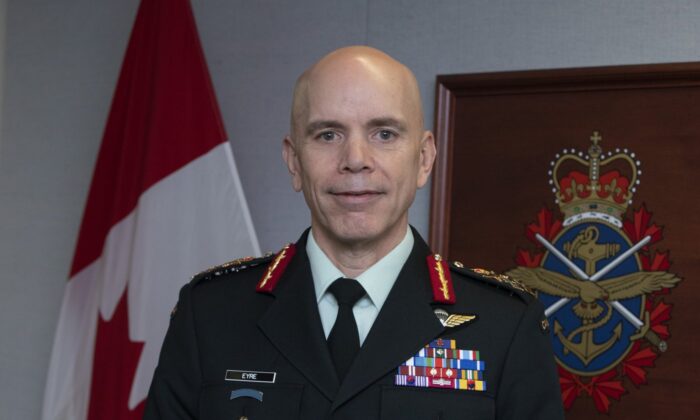 Canada’s defence chief says protecting the country’s Arctic region is a key priority for the Armed Forces, warning that Russia has reoccupied abandoned Cold War bases in its Far North.

Speaking at a defence conference in Ottawa, Gen. Wayne Eyre said defending NATO’s northern flank “is a key area of concern” for the Canadian military.

Eyre said the threat of a Russian incursion into Canada’s Arctic from the North is very low at the moment. But the general said it could not be ruled out in the decades to come.

He was answering questions about whether Russia could extend its territorial ambitions to Canada’s Arctic region or even invade Canada from the North.

He said it is “not inconceivable that our sovereignty may be challenged” in the future from the North. The military needs to “consider the long game” and look at what else Russia is doing in the world. He said “the Far North is a key area of concern.”

The chief of the defence staff warned about the “remilitarization” of the North by Russia, which has reoccupied formerly abandoned Cold War bases in its Arctic region.

He said Canada’s Arctic is potentially vulnerable because of its sparse population and lack of infrastructure.

But Eyre said showing that Canada’s military can fight and operate in extreme conditions at the furthest reaches of its territory acts as a deterrent and may make an aggressor think twice.

“One of the challenges, one of the expressions of sovereignty is being able to project force to the extremities of your country,” he said.

He said Canada has a “demonstrable capability” and can “exercise that on a regular basis.” The general said “that has a deterrence of its own and it changes the decision calculus of anyone who may try to put little green men on one of our islands up there.”

Eyre said Russian President Vladimir Putin’s recklessness has made the world a much more dangerous place, but his naked aggression toward Ukraine has given NATO new energy.

The general said Canada’s Armed Forces needs to be versatile and plan for future threats, as well as change aspects of military culture to attract new recruits.

He said it was important to imbue in military personnel the principle of selfless service ahead of personal beliefs. The general said he was aware there was a polarization in society, as shown by the recent protests in Ottawa, and was worried by some of the ideology circulating and that some veterans adhered to it.