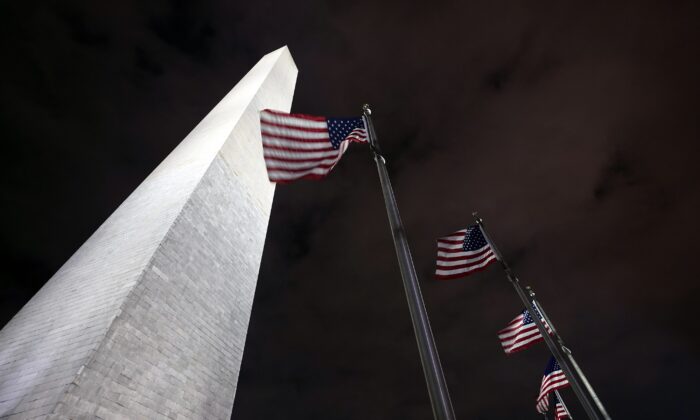 ‘Defeat the Mandates’ March and Rally in Washington to Take Place on Jan. 23

A large rally and march against vaccine mandates is set to take place in Washington on Jan. 23.

It will be livestreamed by The Epoch Times, starting at 11:30 a.m.

The event has gained little attention from the media, as many of the featured speakers have diverging views from the established narrative from pharmaceutical industries, big tech companies, and some government agencies.

“Americans of every class and color. Democrats and Republicans. Vaccinated and unvaccinated. United we stand. In peace we march,” reads their official webpage.

The protestors plan to meet at the Washington Monument at 10:30 a.m.

One of the featured speakers, Kevin Jenkins, is the CEO of Urban Global Health Alliance.

Earlier this month on the Joe Rogan podcast, Dr. Robert Malone spoke about the march:

“This is not about being anti-vaccines, it’s about being anti-mandates, and our hope is that we bring people together. People from every walk of life, every party, every religion, every ethnic background, Democrat, Republican, vaccinated, unvaccinated—the thing that we can agree on is personal liberty and the right of people to make their own choice, and that’s what this rally is about, it’s to resist these mandates of the vaccine. Whether you believe in it or don’t believe in it—I hope that you believe in the integrity and freedom of your fellow man and woman to make their own bodily choices.”

Malone is a key contributor, and some call him the inventor of mRNA vaccine technology. He has been heavily censored and attacked for having differing views on the pandemic and the potential dangers of the CCP (Chinese Communist Party) virus vaccines.

The event will be part of a worldwide rally for freedom that will also take place in Australia, as well as in different countries in Europe.

“Our objective is to end the vaccine mandates and also: no vaccine passports, no vaccination for healthy children, no to censorship, no to limits on reasonable debate and [no to] propaganda that we’re constantly bombarded with,” Malone further declared. “We believe in the power of natural immunity, we believe and insist on informed consent, and we insist in allowing doctors and patients making decisions without interference together.”

Dr. Peter McCullough is also a featured speaker. He announced the march, calling it “an American homecoming.”

“Sunday gives us the opportunity to recapture the dream,” Jenkins further noted. “What was Martin Luther King really talking about? He was talking about unifying America. He was getting us to understand that love is paramount to fighting any tyranny of our time. And I believe that the spirit of this march is to capture what he was really saying, because I believe Martin Luther King’s words have been so bastardized, and so weakened, that people don’t really understand what he was saying to America.”

Dr. Pierre Kory, president and chief medical officer of Frontline COVID-19 Critical Care Alliance, intends, by participating in the march along with members of his organization, “to spread hope to millions of people by reinforcing the truth that COVID-19 is a highly preventable and treatable illness,” he told The Epoch Times.

“Our government and medical authorities have a single-minded approach to treating COVID-19 using costly, experimental treatments that are not working. Their refusal to examine the vast amount of data on various proven treatment protocols is unacceptable. State and local authorities are scaring, intimidating, and even prohibiting health care professionals from using treatments that we know work. This level of malicious behavior by many of our government officials has caused countless lives to be lost.”

“We are marching to take back our country from the policies that favor profit over people and to stop the corruption that has infected our health care system,” Kory added. “The vaccine mandates are just one sign of this corruption. Never have we seen the willful denial and dismissal of natural immunity. The propaganda and censorship used to prevent critical thinking during this pandemic are oppressive and unprecedented. The suppression and demonization of science and information have caused a large portion of the population to believe that vaccination is the only way to protect themselves. This is not a pandemic of the unvaccinated. It is a pandemic of the untreated.”

Stephanie de Garay is the mother of a 13-year-old who suffered severe side effects after getting the Pfizer COVID-19 vaccine.

“I hope that by Maddie and I attending the event and sharing her story will give people true informed consent, that this will stop any type of mandate, that those that are injured receive the treatment they deserve and that people understand how someone becomes labeled ‘anti-vax,'” de Garay told The Epoch Times.

“I have always trusted what the CDC, FDA, and NIH recommended.  I never had a reason not to. Our family has gotten all the recommended vaccines every year, including the flu shots, and never had an adverse reaction. My husband and I even gave consent for our three kids to enroll in the Pfizer COVID vaccine trial for 12–15-year-olds. My daughter did not fair well, she had a severe systemic adverse reaction less than 24 hours after her second dose that was minimized as functional abdominal pain.  Instead of treating her for these injuries she was gaslighted and is still suffering today,” de Garay said.

“She was a healthy, happy, and active 12 year old before this. She never had a severe adverse reaction to any other vaccine, the flu shot, or the first dose of the COVID vaccine. It’s been a year, she is in a wheelchair and relies on an NG tube for nutrition. She is in constant pain and can’t feel below her pubic bone. Her body is attacking itself, it isn’t working anymore and she continues to get worse.

“She stepped up to help end this pandemic and in return, her government and conventional medicine failed and abandoned her. What is happening with these trials is corrupt and needs to be investigated. The mandates are causing more people to get injured. And those that are injured cannot get treatment.”

The event organizers have publicly condemned any individuals “who would use the March as an opportunity to further their own agendas of extremism, intolerance, and violence.”