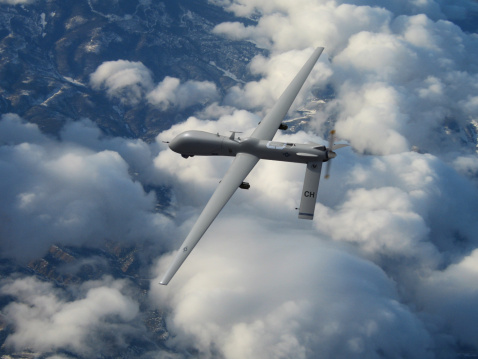 Residents of Deer Tail, Colo., could vote on an ordinance that permits the hunting and shooting down of domestic drones operated by the federal government.

City Clerk Kim Oldfield told 7NEWS that 19 signature votes were needed for a vote and the petition drive creator had 25. But the clerk rejected four signatures and two others were challenged.

But after a meeting with a judge, the clerk and mayor felt the vote needed to be delayed again.

Some Deer Tail residents feel that drones should be shot down because they believe their property is private and if drones are to fly overhead, the property should be protected by shooting them down–even if the drones belong to the government.

Local man Phillip Steel, who proposed the hunting of drones, told CNN about the vote: “I am proposing to shoot it down.”

He proposed the measure after he learned that the Federal Aviation Administration “loosened regulations that would allow the flight of drones in domestic airspace.”

“What has me fired up is it’s trespassing,” he added. “It doesn’t belong there. Yes, it’s privacy. But that’s only one part of it. Who’s going to be flying these drones?”

He said the ordinance would put a bounty on recovered drone parts, including $25 for the wing or fuselage, and $100 for an intact drone. They have to feature U.S. government markings, however.

The agency said it has created six other test sites for drones.

“The overall purpose of this test site program is to develop a body of data and operational experiences to inform integration and the safe operation of these aircraft in the National Airspace System,” the FAA said.