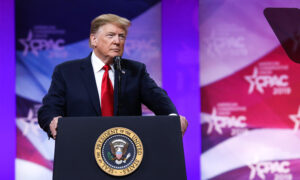 Ten rockets struck an airbase in western Iraq that houses U.S. coalition troops. The Pentagon says one U.S. contractor died from a heart attack. Wednesday’s attack comes just two days before Pope Francis is set to visit Iraq. The highly anticipated trip will include Baghdad, southern Iraq, and the northern city of Irbil.

Former Vice President Mike Pence is railing against House Democrat’s HR1, or “The People’s Act,” saying the Democrats’ push for election laws is an “unconstitutional power grab.” The massive 800-page proposal would make federal laws out of many of the most controversial 2020 presidential election voter registration and voting procedures. These measures were originally implemented by state officials in response to the COVID-19 pandemic and national lockdown.

And two states are rolling back mask mandates. The governor of Mississippi said the executive orders “have to end at the earliest possible moment. This is that moment for Mississippi.” The governor of Texas, meanwhile, announced that his state is 100 percent open for business.