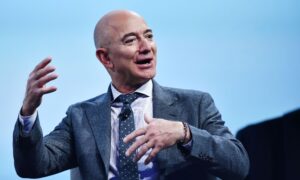 President Joe Biden’s massive infrastructure package is in limbo after Senate Republicans blocked a debate on it. But many remain optimistic as a vote is expected to take place Monday. Sen. Rob Portman (R-Ohio) said, “We’re voting ‘no’ today because we’re not ready, but we’re saying we do want to take up this bill as soon as we are—we think that’s Monday.” Biden said Tuesday he thinks it can spur an economic boom for some time to come. He said, “I think we’re on the cusp of not only getting us out of the hole, but setting us on a path that’s going to generate significant continued economic growth.”

Attorneys general across the country released a $26 billion settlement with large drug companies. The funds would be used to reduce addiction to and overdoses from opioids. There are four big drug distributors involved. The plan would require drug distributors McKesson, Cardinal Health, and AmerisourceBergen to pay $21 billion over 18 years. These companies face accusations of lax oversight that bolstered the black market supply of painkillers. As for Johnson & Johnson, the drug manufacturer is accused of downplaying the addictiveness of opioids in its marketing. Under the plan, the company would pay $5 billion over nine years.

Many are wondering when commercial space tourism will be affordable enough for the average Joe. Former Amazon CEO Jeff Bezos and Virgin Galactic CEO Richard Branson—who both launched into space this month—say they’re ready to start offering trips to outer space. But experts agree affordable space flights for the masses are decades away at best.