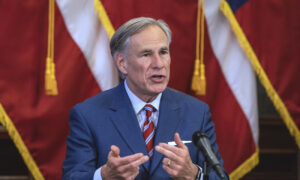 Deep Dive (July 19): Paxton: Texas Democrats Could Be Arrested as Soon as They Return

Hundreds of supporters called on the White House and the international community over the weekend to help the Cuban people protesting the communist regime. But it’s not just across the United States. Cuban exiles also gathered in Chile’s capital over the weekend, as well as in the Dominican Republic, to show their support and call for freedom. Over a million Cubans have found a way to sidestep censorship. Psiphon published a chart saying over 1.3 million Cubans have used their services to access the internet. Psiphon uses proxy systems to bypass censorship and allow open access to the internet.

Texas Attorney General Ken Paxton is upping the pressure on the state’s Democrats who fled to Washington to block a vote on election reform. He says they’ve broken the law and could be arrested as soon as they step foot back in the state. This comes as five of them have tested positive for the virus.

Reports from a new investigation say an Israeli company’s spyware has been used to hack the smartphones of journalists, government officials, and human rights activists around the world, according to a new report by Paris-based nonprofit Forbidden Stories, an alliance of 17 media companies. The report documents 37 hacks or attempts using spyware called Pegasus.