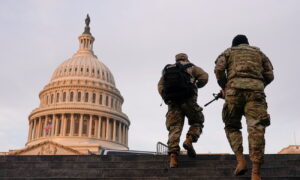 Texans may be through the worst of the weather. But now some who didn’t lose power face sky-high utility bills. The governor says it isn’t right and that utilities can’t stick customers with huge bills after the storm.

The U.S. Supreme Court ruled that it will not stop a grand jury from obtaining former Trump’s tax returns and other financial records. The Trump Organization has described the probe as politically-motivated. Trump’s taxes came under the spotlight last year when a New York Times report claimed Trump paid $750 in federal income taxes in both 2016 and 2017, after years of reporting heavy losses from his business enterprises.

And New York City Mayor Bill de Blasio reverses his decision to immediately close two ice rinks run by the Trump organization. This comes after criticisms from Eric Trump. Former President Trump had rebuilt one of the rinks after the city’s renovation efforts failed, bringing it back to life in 1996.

And former President Trump is set to give his first public appearance since leaving office at CPAC this week. A former senior aide hints at what topics might be covered.