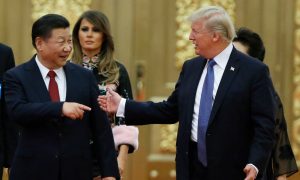 Decoupling the US Capital Market from China, Now or Never?
0 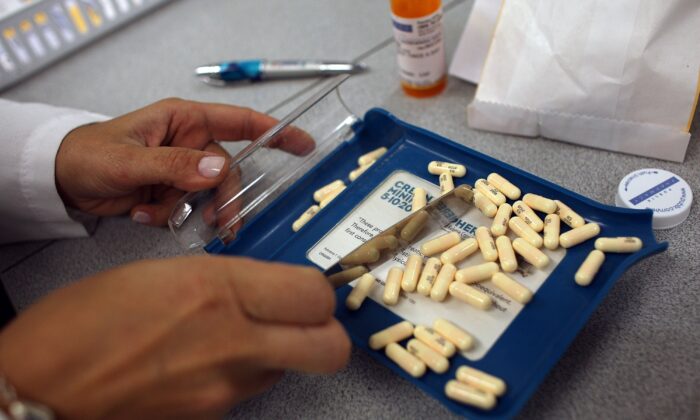 A pharmacist counts out the correct number of antibiotic pills to fill a prescription in Miami, Fla. on Aug. 7, 2007. (Joe Raedle/Getty Images)
US News

Decoupling From China Is Necessary and Inevitable, Experts Say

The CCP virus pandemic that has brought death and financial devastation across the world may have the silver lining of creating “the political will to make sure our country is independent of China,” a leading human rights advocate said this week.

And not only is political will surging, the pandemic is motivating U.S. consumers as well, Marion Smith, executive director of the Victims of Communism Memorial Foundation (VOC), a nonprofit organization created by Congress in 1993, told The Epoch Times.

“Free enterprise relies on public sentiment and consumer will, and that has shifted against the Chinese Communist Party,” he said.

The misery triggered by the CCP virus, commonly known as the novel coronavirus, is sparking a process with the goal of decoupling the United States from its dependence on Chinese manufacturing, experts agree.

“It would be nice if government and the private sector” could work together in a partnership to extract American business from China,” Gordon Chang, author of “The Coming Collapse of China,” told The Epoch Times. Unfortunately, that likelihood is low, he says.

“Most industries are going to want to stay in China,” Chang said. U.S. President Donald Trump may have to influence industry to do what it should do, he says.

The message should be clear, Chang said.

Chang says the pharmaceutical and medical supplies industry needs to be first to return to the United States. Americans have been shocked to learn, because of the pandemic, that Chinese pharmaceutical companies have supplied more than 90 percent of the prescription drugs in their medicine cabinets.

Technology, electronics, and telecommunications should exit China, he said.

He says the manufacture of microelectronics and semiconductors, both in China and other places overseas, including Taiwan, needs to be repatriated. Other key sectors that should move production back to the United States include steel, refining capacity, rare earth metals, and aluminum, according to Spalding.

In fact, he said, many of the basic areas in which America needs to rebuild its capability and capacity are laid out in China’s own Made in China 2025 blueprint. Issued by Chinese Premier Li Keqiang in 2015, Made in China 2025 is a strategic Chinese government plan to upgrade China’s manufacturing abilities in 10 carefully curated industries.

Information technology and robotics are key on the list, both with a focus on artificial intelligence (AI).

Transport, even to the stars, is covered by the plan’s goal to become the world leader in green energy and vehicles, high-technology railway equipment, cutting-edge aerospace equipment, and ocean engineering and state-of-the-art ships.

Equipment and machinery in the essential power and agriculture industries are designated on the Made in 2025 list, which is rounded out by a renewed focus on new materials, as well as medicine and medical devices.

This list, Spalding says, should serve as a template for much of what the United States needs to urgently bring back to its shores.

Decoupling the U.S. economy from China will be costly, Chang says.

“There are no longer any no-cost solutions. If anyone thinks that we can get out of decades of misguided China policy without cost, they’re wrong,” he said. “There will be high costs, [but] we have no choice.

“China has declared itself to be an enemy of the United States, and we have to respond.”

Chang is referring to a statement made by the Chinese government in May 2019, amid a breakdown in negotiations to end the U.S.–Sino trade dispute, that China is in a “people’s war” with the United States.

That language has particular resonance in China.

The concept of a war prosecuted by the whole of the Chinese people emanates from a series of 1938 lectures given by Mao Zedong in which he describes a war of resistance against Japan.

Saying that China had to “mobilize the whole people to unite as one man and carry on the war with unflinching perseverance,” Mao said that the country had to “sweep away all pessimism and ideas of compromise, promote the will to hard struggle and apply new wartime policies, and so to weather the hardships.”

Companies such as Apple will take some time to disassemble their complex supply chains and remove them from China, the analysts agree.

But “a lot of companies will make voluntary actions,” VOC’s Smith says.

Companies realize that “the glory days are over,” he said. It’s “obvious that there is not a level playing field in China.”

Consumers will drive the decoupling, as campaigns to stop buying Chinese-made goods are going to have an effect, he says.

And incidents such as the backlash from China over comments made by the NBA’s Houston Rockets General Manager Daryl Morey in support of the pro-democracy protesters in Hong Kong don’t escape public notice. China responded to Morey’s tweet by asking NBA Commissioner Adam Silver to fire Morey.

The incident was compounded by the NBA’s initial statement on the case, Smith said.

“The NBA humiliated themselves” by functionally apologizing to China rather than standing up for free speech, a stance that Silver only later reversed after drawing criticism and condemnation from the likes of Sen. Ted Cruz (R-Texas) and others.

Now, with China’s lies about the “completely preventable” pandemic caused by the CCP virus, along with the government’s “predatory behavior” in scooping up personal protective equipment (PPE) from around the world, Americans have had enough, Smith says.

“I think,” he said, “that there’s a real sentiment among Americans that the Chinese Communist Party needs to suffer. There needs to be consequences.”

In the end, “we are going to have a more complete decoupling than most people thought was possible,” Smith said.

“The point is that we’re not driving this,” Chang said. “The regime has shown inherent hostility to the United States.”

Some industries can leave China very quickly, he says. His own experience as a lawyer advising a company that left China for Southeast Asia following the Tiananmen Square Massacre in 1989 showed him how quickly some companies can retool in new locations.

“This is a critical thing for us to do. We should stop enriching China. We should not be enriching any country that bears us such hostility and ill will.”

A Choice of Models

Decoupling from China may force the Chinese Communist Party to come to grips with true market reforms that it’s been promising to make for decades, Spalding said.

“Everyone says that Deng Xiaoping opened the door to market-based reforms,” he said. But Deng, China’s paramount leader during most of the 1980s and 1990s, actually opened the door “to resources and capital that government can provide” to Chinese business and industry.

“There’s no way to compete with that,” Spalding said. The result is an economy that “is not centrally planned, but is centrally resourced.”

“The only ones who can compete are large conglomerates,” he said. “What that has done is destroy industry in the United States.”

“If we stay coupled,” he continued, we could be “allowing China to drive us to their model.”

“Decoupling is absolutely critical to maintain our democracy.”

“It’s unfortunate to decouple from any country,” Chang said. “There could be very disadvantageous geopolitical consequences.”

Zhongnanhai is the walled compound on the western side of the Forbidden City, in the heart of Beijing, where Chinese leaders including Xi Jinping live.