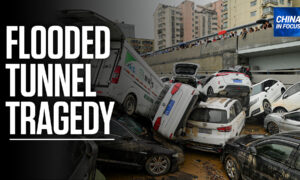 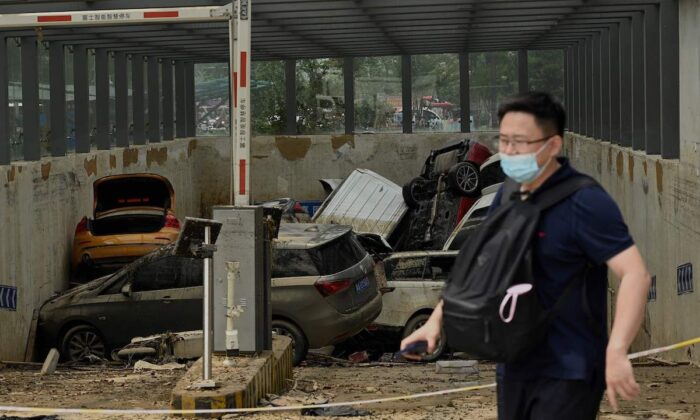 A man on July 24, 2021, walks past a car park with damaged vehicles stacked on each other following heavy rain which caused flooding days earlier that claimed at least 56 lives, in the city of Zhengzhou in China's Henan Province. (Noel Celis/AFP via Getty Images)
Thinking About China

Decoding the Lingo of Communist Officials in China (Part One) 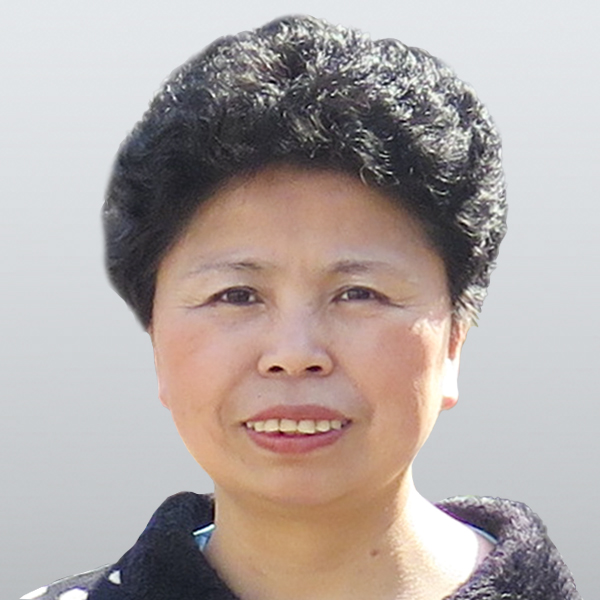 Given codewords and sentences with hidden meanings, we often think about old time gangsters from Hollywood mafia movies. On the other side of the world, not only does today’s Chinese Communist Party (CCP) have values that are worlds apart from others, they also have a set lingo that serves their needs during internal struggles, using terms usually only understood by insiders.

To understand such an informal language is to get the hang of the Communist Party in China. This column will focus on deciphering the CCP’s very unique tongue and break down the hidden meaning behind their statements.

On July 20, central Henan Province experienced extreme weather including heavy rainfall and flooding. Officials in Zhengzhou City, Henan’s capital, did not release a warning to residents saying that they’d release water from upstream dams, which then caused severe flooding problems in the city.

A subway and tunnels were flooded in minutes and many people were killed and livelihoods lost. The electricity and clean water supply stopped for more than 90 hours and locals lived a brief, yet bleak, disconnected life.

The Jingguang North Road Tunnel on Jingguang Line Expressway connecting Beijing and Guangzhou was most severely affected. Around 6 p.m. on July 20, the 1.14 mile long and 20 foot high tunnel was completely submerged in water. Although 247 vehicles were dragged out of the tunnel after six days of evacuation, officials claimed there were only six casualties.

In response to what the CCP calls a “once in a millennium” flood, so far no high ranking official has visited the affected areas. Li Keqiang, responsible for disaster prevention and control, was also unusually quiet on the issue for sometime. Only until six days later, on July 26, did he initiate a meeting with the committee for disaster control.

He announced that, in the case of emergency, excluding the jobs in special services, all work, school, and construction related operations must be promptly stopped. There also needs to be stern measures taken for the safety of subways and tunnels, where “it should rather be done excessively; You got to stop what you got to stop; you got to board up what you got to seal off.”

Li also emphasized “openness and transparency” regarding the official announcements and updates on the circumstances as well as strengthening the early warning mechanisms.

What did he mean by saying that “You got to stop what you got to stop; you got to board up what you got to seal off.” It seems to mean lots of fluffy talk that carries no weight. Yet in reality, Li was blaming the local officials of Henan Province as well as Zhengzhou City, and hinting that the “natural disaster” was man made.

Then, why doesn’t Li say this overtly? In the culture of the CCP, the officials need to be meticulous about what they say. Not only do they need to get the message across, but they also have to leave some breathing room for themselves, and they also can’t offend others.

Specifically to this issue, Li can’t take all the blame and admit it was him who was a poor leader, but he also can’t downright beat down on his inferiors, as the Secretary of the Zhengzhou Municipal Party Committee Xu Liyi and Mayor Hou Hong have all been selected by Xi Jinping himself.

According to one Chinese expression, how hard you want to beat the dog really depends on who the owner is.

Aside from this, Li’s statement also carries a great amount of flexibility. When taken very seriously, his words may imply that the responsible officials in Zhengzhou City could be prosecuted. If he goes easy on them, then it’s just a slap on their wrist. Whatever he faces in the future, Li can play both good cop and bad cop. He can switch around according to the situation.

As for these Henan officials, Li’s words are bound to make them very uncomfortable. They are trying to figure out the sly meanings behind these words. If the population becomes very angry with them, will they be sacrificed in order to quell the people’s rage? The local officials are in for a couple of restless nights.

Sherry Qi is the deputy editor-in-chief of New Era Magazine. She has been following the officialdom of the Chinese Communist Party for more than ten years and has published dozens of books on current affairs and economics that reveal their secrets.

Sherry Qi
Follow
Sherry Qi is the deputy editor-in-chief of New Era Magazine. She has been following the officialdom of the Chinese Communist Party for more than ten years and has published dozens of books on current affairs and economics that reveal their secrets.
TOP NEWS