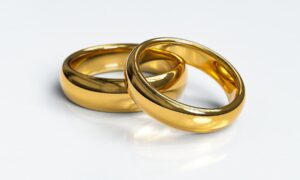 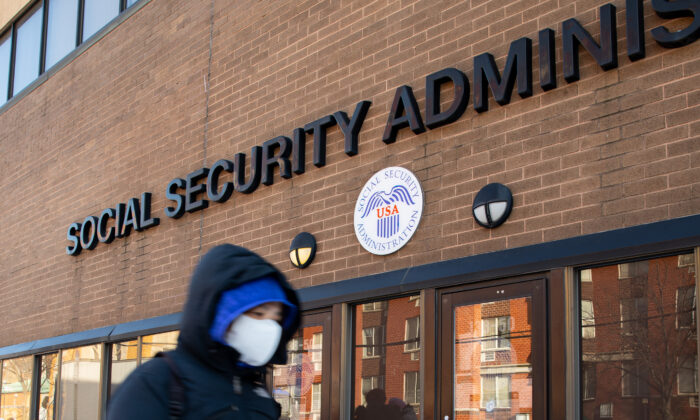 A woman wearing a protective face mask walks past a Social Security Administration during the CCP virus pandemic in Flushing, N.Y., on Feb. 10, 2021. (Chung I Ho/The Epoch Times)
Advice

Imagine that you owned a successful business that was gaining 10,000 new customers every single day. And all the market projections said that trend would continue for many more years. Would you be hiring new staff and opening new outlets to keep up with the demand? Or would you be cutting back on employees, reducing office hours, and closing facilities?

If you were in the private sector, I guarantee you would be doing the former. But in the wacky world of government funding and operations, the latter is the norm.

Take, as an example, my former employer: the Social Security Administration. In each of the past eight years, around 10,000 people a day have been retiring and signing up for Social Security benefits. And that is expected to continue for another dozen years or more. In other words, SSA workloads are booming!

So, what has been our government leaders’ response to that? Budget and staffing cuts. During the past four years, the Trump administration ordered a 15 percent across-the-board cut in government staffing, including the SSA.

And if you think that the Trump cuts were merely reversing all the growth in government that happened during the Obama years, well, you simply are wrong. Let’s just use the SSA as an example. Between 2010 and 2016, the agency’s budget dropped by more than 10 percent. During that same period, its beneficiary base went up by 12 percent, and its fixed costs increased by about $300 million each year.

And if you also think that the SSA, just like any other government agency, has a bloated administrative budget that could stand some trimming, well, think again. Out of every dollar collected in Social Security taxes, less than one penny goes toward running the agency that maintains earnings records for almost every American and pays monthly benefits to 1 out of every 6 Americans. You would be very hard-pressed to find one single successful business in the private sector that works with a 1 percent overhead.

When I started working for the SSA in the early 1970s, I was one of about 82,000 relatively happy and proud employees working for one of the best-run agencies in all of government. The SSA consistently won awards for public service and administrative responsibility. I liked the phrase one of my co-workers always used: “The SSA is an honorable institution engaged in a noble public purpose.”

Local Social Security offices were well-run, clean, and efficient. I worked in several of those offices in small towns and medium-sized cities across the country. They were pleasant places to work and pleasant places to visit. I enjoyed the time I had to sit down with the people who came in to file for any of the various kinds of Social Security benefits. I was able to not only explain all the often-complicated Social Security rules that applied to them but also simply chat with them and ask them how their day was going. I always kept in the back of my mind that even though this was just an everyday job for me, it was a once-in-a-lifetime experience for the customer I was dealing with. I tried, and maybe more importantly, I was given the opportunity, to make sure it was as pleasant as possible.

Unfortunately, now it’s a different world and a different SSA. Those 82,000 employees I worked with in the ’70s and ’80s have been trimmed down to about 60,000. Of course, the catchphrase for staff reductions is “work smarter, not harder.” Well, catchphrases can only go so far.

With reduced staff and resources, it’s all about numbers, efficiency, and time management. Walking in off the street to visit a pleasant local Social Security office to ask some questions and possibly file for benefits while having a little chat with a happy employee is a pipe dream. Today, you must call the SSA’s toll-free number and wait on hold for a long time (some readers have told me an hour or more) to make an appointment. And then you will probably wait weeks, or even a month or more, for that appointment. Then, when you finally get to the office, it’s “take a number, and sit down, and wait until you are called.” And sadly, the SSA rep you finally get to talk to has not had the training I had and does not have the time that I had and probably does not have the esprit de corps that I had.

(Let me quickly note here that you, as a potential SSA customer, can “work smarter, not harder” by using the agency’s website, SocialSecurity.gov, to conduct much of your Social Security business.)

There are other SSA workloads that are also suffering. For example, the disability story is a pretty bleak tale. It takes the SSA almost three months to process a claim for disability benefits. About 65 percent of those first-time claims are denied, and that means there are hundreds of thousands of people who file appeals. In fact, there are currently more than 1 million people waiting for a disability hearing in front of an SSA judge. The average wait time for that hearing is more than 600 days. Those numbers keep getting worse as SSA’s budget and workforce are continually reduced.

And of course, all the problems I’ve highlighted here about staffing cuts have only been exacerbated by the COVID-19 crisis—making it even more difficult to get through on the phone and almost impossible to get into a local Social Security office. That crisis is going to eventually end. But the SSA’s funding crisis probably will not end anytime soon. As long as people keep clamoring for smaller government and less government spending—well, they are just going to have to live with the consequence. And the consequence, as is so evident with my former employer, is reduced services.

I know this column comes across as just the musings of an aging codger pining for “the good old days” that are simply gone. And they certainly are never going to come back if we continue to cut the budget and gut the staff of an “honorable institution engaged in a noble public purpose.”