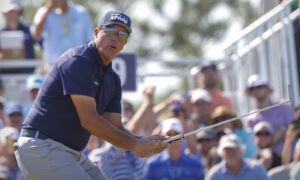 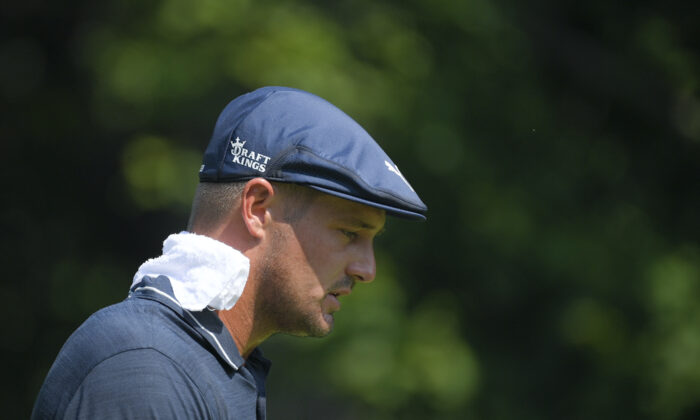 OWINGS MILLS, Md.—The opportunity was there, and the putts didn’t fall. This wasn’t Bryson DeChambeau trying to break 60, but Jon Rahm trying to take the lead Saturday morning at the BMW Championship.

Rahm completed the storm-delayed second round at Caves Valley by narrowly missing birdie chances from 15 feet and 10 feet, and then he three-putted from long range on the 18th hole for a 66 that left him two shots behind.

DeChambeau had a shot at tying the PGA Tour record at best—and having the 13th sub–60 round on the PGA Tour at worst—until missing putts from 15-feet and 6-feet over his final two holes Friday.

He had to settle for a 60 and a one-shot lead over Patrick Cantlay.

The second round featured a 90-minute delay because of storms in the area. Rahm was the only player who could have caught DeChambeau at the halfway point.

Cantlay played in the group behind DeChambeau and was matching him shot for shot, just in a more conventional manner than smashing driver as far as he could. Cantlay finally made a bogey on the 17th hole with a tough lie against the collar of the green. He shot 63.

Sungjae Im birdied two of his last three holes for a 65 and was four shots behind, along with Sergio Garcia, who finished his round Friday with a 67,

Caves Valley is suited perfectly for DeChambeau at 7,452 yards in rain-softened conditions. There is plenty of room off the fairways, so spongy that it’s hard for the ball to run into the rough, and with big greens for what amounts to target practice.

Caves Valley wasn’t terribly friendly to a pair of major champions. PGA winner Phil Mickelson twice hit into the water on the par 3s on the back nine for double bogeys. He had a double-bogey and two bogeys to finish his round of 77.

British Open champion Collin Morikawa had a 75 and was in last place. Morikawa at least is assured of playing next week, when the top 30 in the FedEx Cup advance to the Tour Championship. Mickelson is 70th in the standings and has two rounds left in his season.