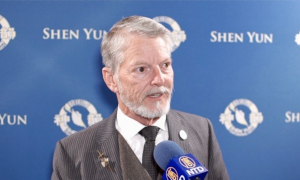 Police are investigating the death of a newborn infant who was found inside a cooler bag on the side of the road in Troup County, Georgia.

Officers made the grisly find on Jan. 6, near Boy Scout Road near New Franklin Road, according to WTSP.

It’s not clear how long the child had been there, but witnesses told police the bag was on the side of the road for several days or as long as a week.

“Once on scene deputies and investigators discovered what appeared to be a deceased newborn child in a portable cooler bag,” sheriff’s office spokesman Sgt. Stewart Smith said, according to the Atlanta Journal-Constitution.

Local station WAFB, citing witnesses, also reported the bag was located “on the side of the road near the wood-line.”

Georgia state investigators are slated to perform an autopsy on the child on Jan. 8, the report said.

The child also was not identified, and a cause of death in the case has not yet been established.

The Troup County Sheriff’s Office provided a photo of the cooler, showing it had pictures of watermelon slices and zippers at the top.

Other details about the case were not provided by police.

The FBI began collecting data solely on an updated rape definition last year, and 135,755 rapes were reported to law enforcement in 2017,” the FBI stated.