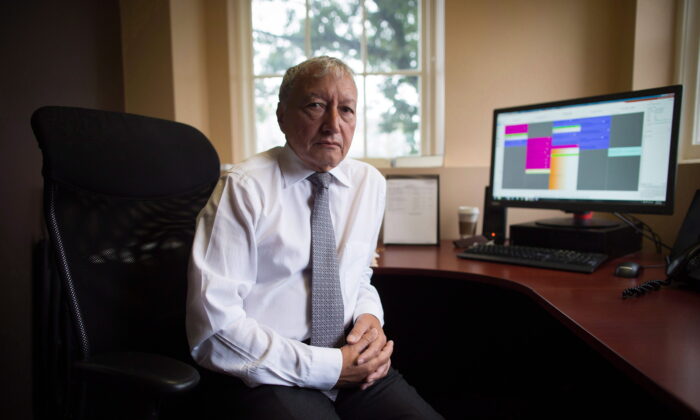 Dr. Brian Day, Medical Director of the Cambie Surgery Centre, sits for a photograph at his office in Vancouver, on Aug. 31, 2016. (Darryl Dyck/the Candian Press)
Canada

A constitutional challenge by a doctor who argues patients should have the right to pay for private care if the public system leaves them waiting too long is expected to wrap up on Feb. 28 in a Vancouver courtroom.

Dr. Brian Day began his battle a decade ago against the British Columbia government.

The case started in B.C. Supreme Court in 2016 and final arguments are scheduled to come to a close today.

Day is an orthopedic surgeon who legally opened the Cambie Surgery Centre in Vancouver in 1996.

He says he opened the centre to create more operating-room time for surgeons who couldn’t get it in public hospitals.

However, the facility has been operating since 2003 in violation of unproclaimed provisions of the provincial Medicare Protection Act.

Joe Arvay, who speaks on behalf of an intervener group that includes two physicians, Canadian Doctors for Medicare, the BC Health Coalition, and two patients told the court on Thursday that Day’s main objective is to cherry pick parts of the Medicare Protection Act after it is abolished. The act requires doctors to opt out of billing the government for work in the public system if they are also earning more money in private clinics.

Arvay said a victory for Day would usher in a complicated and expensive administrative regime dependent on public funds for the benefit of physicians wishing to expand private services that would not be regulated by the government.

“The plaintiffs are not seeking to opt out of the public system in its entirety,” Arvay said. “Even in the private market they wish to establish, they would continue to benefit from society’s investment in health-care professionals and public funding of the entire health-care infrastructure.”

Day maintains that patients who have waited too long for an operation or diagnostic tests in the public system are deprived of timely care and should have a right to private treatment under the Charter of Rights and Freedoms.