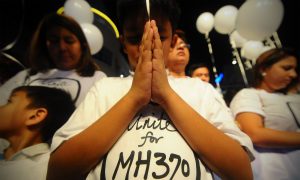 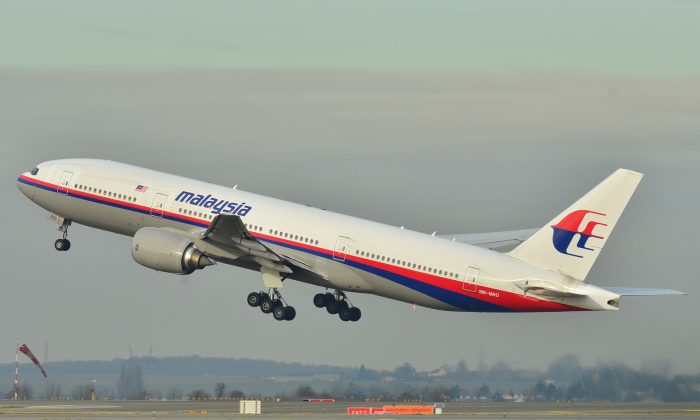 The Malaysian government’s Safety Investigation Team for MH370 has confirmed that debris found in Madagascar is probably from the lost Malaysia Airlines jet.

Malaysia Air Flight 370 disappeared mysteriously on March 8, 2014, and despite intensive surface and undersea searches, the wreckage has never been recovered. The plane, a Boeing 777-200 that carried 239 passengers and crew, is presumed to have gone down in the Southern Indian Ocean.

Five pieces of aircraft debris were recovered from a Madagascar beach and presented to Malaysian Transport Minister Anthony Loke on Nov. 30, 2018.

Now the MH370 Safety Investigation Team has announced that at least one piece of debris, a floor panel, was from a Boeing 777, “most likely MH370.”

The debris was located by wreck hunter Blaine Gibson at Sandravinany, south Madagascar. The floor section bore an identifying label.

“Don Thompson, one of the Independent Group investigating MH370’s disappearance, found the actual identification label for the Boeing 777,” Gibson said.

“The debris proves two things. MH370 crashed violently and it almost certainly is in the Southern Indian Ocean,” he stated.

Gibson told the West Australian that many pieces of debris had been recovered, but the people who had found them were waiting for the Malaysian government to offer rewards.

Gibson acquired the debris he gave the government by offering Madagascar locals small rewards when they brought him their finds.

A lawyer from Seattle, Washington, Gibson spent several months investigating the disappearance of Flight 370 paying his own way, logging his findings on The Hunt for MH370 website.

“I’ve been very involved in the search for Malaysia 370, just out of personal interest and in a private group—not in a for-profit way or journalistic way,” Gibson told CNN.

Flight MH370 took off from Kuala Lumpur in Malaysia shortly after midnight on March 8, headed for Beijing, China, with 227 passengers from 15 different nations, plus a crew of 12.

The plane headed north, but while passing from Malaysian to Vietnam air space, the plane dropped off the radar.

Satellite data showed that the plane turned sharply south and west, off its prescribed course.

Gibson interviewed a resident of the Maldives Islands who said he saw a plane matching the description of the Malaysia Air jet flying low over the islands and heading west around 6:15 a.m.

The plane would have run out of fuel somewhere over the Southern India Ocean.

There has been much speculation about what happened in the cockpit of MH370.

The pilot and copilot would have had to turn off all communications gear and deliberately dive below radar range to escape detection.

According to the Safety Investigation Team report, “the investigation is unable to determine any plausible aircraft or systems failure mode that would lead to the observed systems deactivation, diversion from the filed flight plan route, and the subsequent flight path taken by the aircraft.”

“It is more likely that such maneuvers are due to the systems being manipulated,” the report stated.

Aviation experts on a panel assembled by 9 News Australia offered the possibility that the pilot, Capt. Zaharie Ahmad Shah could have been attempting suicide.

The 9 News station “invited world-renowned experts—air crash investigators, senior pilots, oceanographers and the former head of the Australian Transport Safety Bureau, the ATSB—to review what is known of the last moments of the MH370 flight to conclude what most likely happened to the plane and why.”

ATSB officials on the panel concluded that most probably Shah turned the plane off course, then set the autopilot and let it fly until it ran out of fuel and crashed. Those experts also considered it likely that Shah depressurized the cockpit, which would have killed himself and the co-pilot.

Senior 777 pilot and instructor Simon Hardy noted that Shah apparently changed course to fly over his home city of Penang before heading out over the Indian Ocean. Hardy told 9 News that this might have been a farewell gesture.