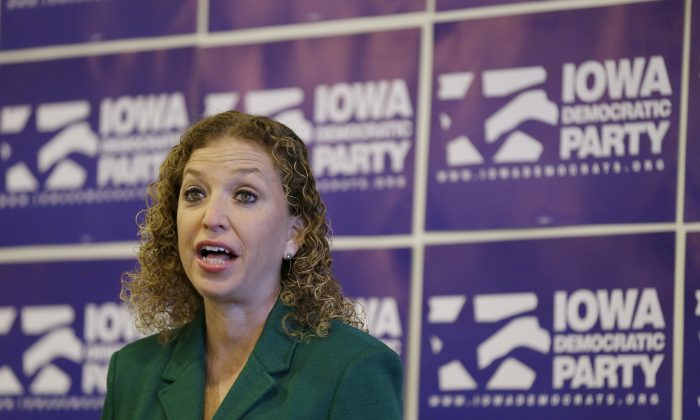 Hillary Clinton is thanking her “longtime friend” Debbie Wasserman Schultz after the Florida congresswoman’s decision to step down as chair of the Democratic National Committee.

Clinton says that Wasserman Schultz will serve as honorary chair of her campaign’s 50-state program to help elect Democrats around the country.

The presumptive Democratic presidential nominee says she looks forward to campaigning with Wasserman Schultz in Florida “and helping her re-election bid.”

Clinton responded after Wasserman Schultz agreed to step down as chair at the end of this week’s Democratic National Convention.

The move came after the publication last week of some 19,000 hacked emails, some of which suggested the DNC was favoring Clinton during the primary season.

“I want to thank my longtime friend Debbie Wasserman Schultz for her leadership of the Democratic National Committee over the past five years. I am grateful to Debbie for getting the Democratic Party to this year’s historic convention in Philadelphia, and I know that this week’s events will be a success thanks to her hard work and leadership. There’s simply no one better at taking the fight to the Republicans than Debbie–which is why I am glad that she has agreed to serve as honorary chair of my campaign’s 50-state program to gain ground and elect Democrats in every part of the country, and will continue to serve as a surrogate for my campaign nationally, in Florida, and in other key states. I look forward to campaigning with Debbie in Florida and helping her in her re-election bid–because as President, I will need fighters like Debbie in Congress who are ready on day one to get to work for the American people.”