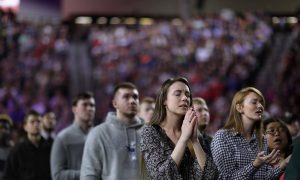 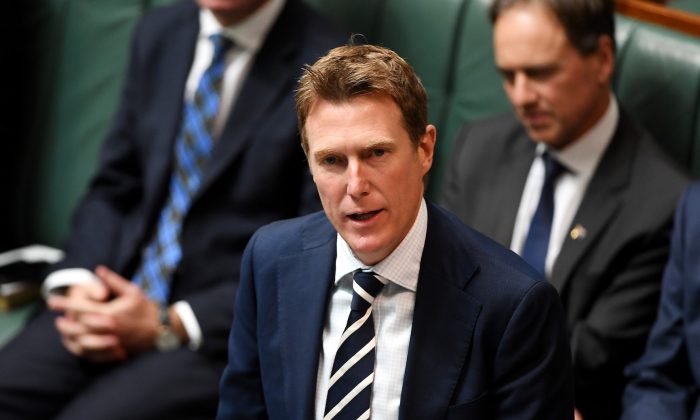 Right-wing members of the Coalition have expressed concerns about the government’s newly-drafted laws against religious discrimination, saying that they don’t go far enough to protect people of faith.

On July 8, right-wing members of the government voiced their dissatisfaction with the bill’s current form, saying that there are serious omissions as to whether new laws would enshrine religious freedom in the constitution. Labor has broadly backed the push.

The Morrison government said last month that it wanted to strike a bipartisan deal on new laws around religious freedoms.

“I don’t want religion in Australia to be an issue of conflict. The whole point of religion is that it’s actually something of peace,” Prime Minister Scott Morrison told Sky News on June 28. “It’s a very important part of Australians’ lives and I want to see us progress this debate in a very constructive way, not based on conflict.”

Now, Attorney-General Christian Porter is trying to unite right-wing and moderate members of the government with differing views on what the government’s proposed religious discrimination legislation should look like.

Running a series of workshops with Coalition backbenchers, Porter is offering to show concerned colleagues excerpts of the draft bill.

“I’ll be continuing to consult with my government colleagues right up to the introduction of the religious discrimination bill and throughout its consideration by the Parliament,” he told The West Australian on July 9.

“These initial detailed consultations with colleagues will continue over coming weeks and will then shift to religious bodies and other stakeholders. The bill is going through constant revision.”

Former Nationals leader Barnaby Joyce said he reserved his right to vote against the bill if he is unhappy with the final product.

Senator Concetta Fierravanti-Wells had announced on July 2 that she was launching a petition for a religious freedom act due to the deficiencies in the government’s proposed laws.

She said that a religious discrimination act is not sufficient as it is “defensive in nature and limited to protecting against acts and practices by others which are discriminatory on the grounds of religion.”

Her petition is calling for standalone religious freedom protection legislation that she says will ensure that Australia conforms to article 18 of the International Covenant on Civil and Political Rights.

“It is important that Australians of all faiths be free to practise their religion without discrimination. Even those who have no beliefs should be free to express those views,” she said.

Liberal Senator Eric Abetz told ABC radio of the vigourous debate within the party that Coalition members share key core principles even if their specific views may differ.

“One thing that unites Liberals is freedom of speech, belief and association. Freedom of religion is a subset of that,” he told ABC radio.

“I see a great determination right across the differing views … within the coalition.”

By Daniel McCulloch and Katina Curtis. With additional reporting by The Epoch Times staff.