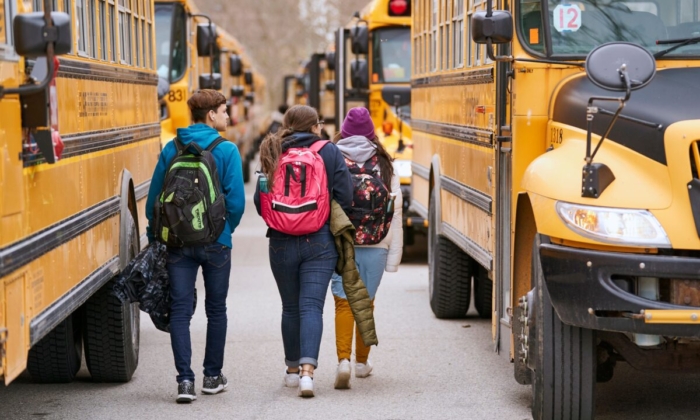 Controversy over a drag queen-hosted teen dance initiated by the City of Newburyport in Massachusetts has escalated with state officials and the country’s oldest fraternal organization jumping into in debate.

At the center of the controversy is a male drag queen who goes by the name of Miz Diamond Wigfall. Wigfall, who performs at restaurants and clubs around the north shore area of Massachusetts, runs an Instagram page on which he posted close-up photos of his nude buttocks and racy videos of his performances including one video in which he performs a sexual dance to a sexually explicit song.

Another controversial video that just surfaced on Friday shows Wigfall promoting the use of marijuana and how to convert it into a cannabis concentrate called “sugar.”

The video is titled “Diamond’s Dope Reviews.” In it, Wigfall is dressed in full drag and gets high during the video. At one point he smokes a bong during the video. Wigall also frequently grabs and fondles his artificial breasts and makes sexual remarks about them. After calling the sugar “special,” he flashes a picture of a little boy saying “you’re my best friend.” At one point, he flashes a picture of exotic dancers with their buttocks exposed and makes a sexually explicit comment about Jesus.

The latest video was discovered by Massachusetts Senate candidate Kari MacRae, a Republican from Bourne. MacRae, who was fired from her teaching job in Hanover for social media posts ridiculing  gender equality, has been criticized in local media for involving herself in the matter because Newburyport is out of her jurisdiction.

MacRae, who has a daughter who identifies as bisexual, told The Epoch Times that she got involved because she was contacted by Newburyport parents including the mother of a gay teen from the community.

“She was very concerned the town was promoting Wigfall as a role model for local teens,” said Macrae, “and couldn’t find any other official willing to help with her concerns.”

Neither senator represents Newburyport. DiZoglio is from Methuen, and Cyr is from Truro.

Macrae has also been criticized for putting pressure on the Newburyport Masonic Lodge to rescind the use of its facility for the dance, which is titled “Over the Rainbow.” It did, but then it reversed its decision on Thursday, explaining that it had initially caved to influences by the ground’s grand lodge in Boston.

“The decision to withdraw permission was issued by a high-ranking official at the Grand Lodge in Boston, without local input from St. John’s Lodge, St. Mark’s Lodge, or the Masonic Temple Association,” the group wrote in a statement released through the mayor’s office.

The Newburyport lodge said that after holding an emergency meeting, it unanimously voted to reinstate permission to hold the dance at its masonic center. The group also announced it was waiving all fees for use of the building, covering the cost of tickets to attend, and would also be providing volunteers for the event.

“We want the students to know they are loved and supported, and we are looking forward to joining the Greater Newburyport Community on May 13 to help foster a positive, inclusive environment for our youth,” stated the Masonic association. The Masonic Lodge represents freemasons, an organization that was first started in Europe in the Middle Ages.

The organization’s decision was celebrated by several city officials and by the North Shore Alliance of GLBTQ Youth, which is co-sponsoring the event with the Massachusetts city.

But a large group of parents remains outraged by the event and started a change.org petition against it under the name Newburyport Commonsense. The petition garnered more than 150 signatures on its first day.

“Drag queens are adult sexual performers and they do not belong at events for kids, I don’t care what drag queen it is,” Mary Ellen Steigler, director of Communications for Massachusetts Family Institute, told The Epoch Times. Steigler, who is also the Founder of the online group Massachusetts Informed Parents, added that her group would be as much opposed to having a stripper host a teen dance party or anyone involved in sexual work, “homosexual or heterosexual.”

Laura Kench, another parent opposed to the dance, pointed out Newburyport Youth Services (NYS) changed the description of the teen dance after parents began posting complaints about the dance on social media.

NYS originally invited teens to “drag themselves to the drag show.” It now says Wigfall is just deejaying the event.

One member of the group Women in Action HUDDLE of Greater Newburyport, which has supported Planned Parenthood events in the community, posted on Facebook that the group of parents have “warped views,” are “racist and bigoted,” and  called them “a hate group disguising themselves as concerned parents.”

Drag queen-hosted events for children are on the rise around the United States, with events like a drag queen story hour being offered at many public libraries. Such events have also made their way into public schools.

Days before the Newburyport drag queen story broke, a Pennsylvania teacher was suspended for hosting an afterschool drag queen show at the high school for the student-run Gay Sexuality Alliance Club.

The school’s administration issued an apology to parents, saying they were “appalled at what took place and in no way condone this type of activity in our schools.”

A month earlier, a video posted on social media of a French high school teacher in Wisconsin performing an unannounced drag queen dance during a school assembly, sparked outrage among parents.

Last year, a Milwaukee judge, who was the former president and CEO of Cream City Foundation, which finances drag queen story hours in Milwaukee, was arrested on multiple charges of child pornography.

In a Psychology Today article titled “Drag Queen Storytime for Children,” Joe Kort, a sex therapist and author of the book “LGBTQ Clients in Therapy,” emphasized that not exposing gay children to drag queens is what is harmful.

“Ironically, when people think about children, rarely is their focus on how homophobia, biphobia, and transphobia can hurt them, and yet exposure to these institutional harms are far worse than anything a child might be exposed to in an LGBT Pride parade, observing gay and lesbian relationships, or being read a story by a drag queen,” Kort said.

The national group OBJECT ran an article with a starkly different position on children’s exposure to drag queens. In the article titled “Paedophilia in Drag,” the group said it believes that drag queen events are being used as the latest strategy in a growing movement to sexualize children.