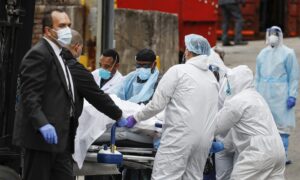 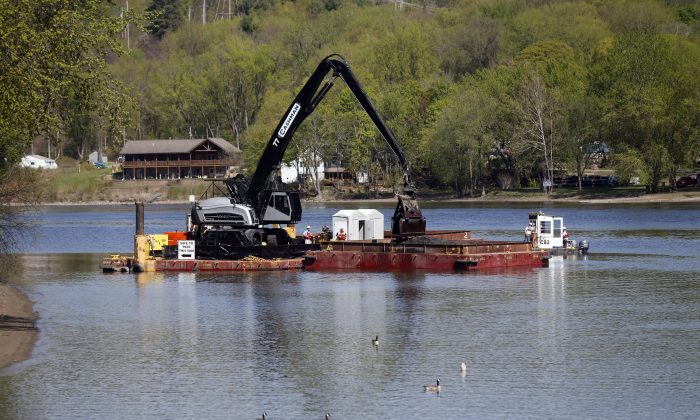 ALBANY, N.Y.—Dredging operations to clean chemicals from the upper Hudson River may have finally ended after six years and $1.5 billion but some advocates are pushing for another round.

The effort by a coalition of environmental groups is the latest chapter in a fight that has ebbed and flowed over decades about how to handle PCBs discharged into the river by General Electric Co. They argue the river won’t be truly clean unless dredge crews return, while Environmental Protection Agency focuses on the progress made along the 40-mile stretch of river north of Albany.

“The question is: Was the job a big enough one, or should it have been bigger?” said EPA regional Superfund director Walter Mugdan. “I don’t have any evidence at this moment to suggest anything other than that this is a success.”

Mugdan added that the sampling of river sediment, water and fish in the coming months under a review performed every five years will provide more information on how effective dredging was.

Until the mid ’70s, GE plants discharged into the river more than 1 million pounds of polychlorinated biphenyls, which are considered a probable carcinogen. A 200-mile stretch of river down to New York City became a Superfund site in 1984. But the EPA didn’t call for dredging until 2002, after years of dispute over whether it would be effective.

GE last year finished removing 2.75 million cubic yards of contaminated sediment as part of a 2006 legal agreement with the EPA, which the agency has estimated cost GE about $1.5 billion. Calls to dredge beyond the agreed-to areas grew louder before barges left the river.

Advocates cite an analysis that concluded the river will take far longer to recover due to greater PCB contamination than initially expected. They say EPA should call for more dredging under provisions in the legal settlement that gives the agency that right if new information shows the cleanup is failing to protect human health and the environment.

“We think the Obama administration has responsibility to position this for appropriate action before it leaves office,” said Ned Sullivan, president of Scenic Hudson, part of a coalition seeking expanded dredging.

There are no signs it will happen any time soon.

GE maintains that it continues to fulfill all of its obligations. Company spokesman Mark Behan said in an email that “GE removed the majority of PCBs from the Upper Hudson — more than 300,000 pounds and more than twice as much as had been anticipated.”

The EPA’s Mugdan questions the analysis critics use to claim more dredging is needed. He said it’s important to look at the proportional reduction in PCBs that Hudson River fish are exposed to and adds that portions of the river bottom with the highest PCB concentrations have basically been eliminated.

Sullivan believes information gathered from a thorough five-year review could provide more information pointing to the need for more dredging. Mugdan said it might take eight years before scientists could draw conclusions from annual fish samples.

The EPA in December agreed to speed up the timeline for its five-year review. There is an April 2017 deadline, though it remains unclear how long it will take.

Meanwhile, GE is dismantling the sprawling plant used to process contaminated sediment dredged from the river. The EPA green-lighted the dismantling last fall, despite pleas from advocates and project trustees.

Those trustees from other government agencies are assessing the total harm done to the river’s resources, which could lead to either a settlement with GE over the company’s liability or to litigation.

GE crews will return to the river around May to restore areas where they worked. Divers will introduce thousands of underwater plants to dredged areas.