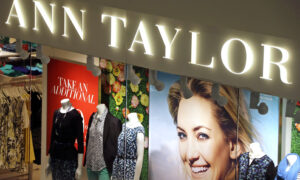 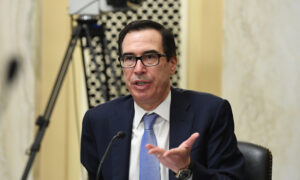 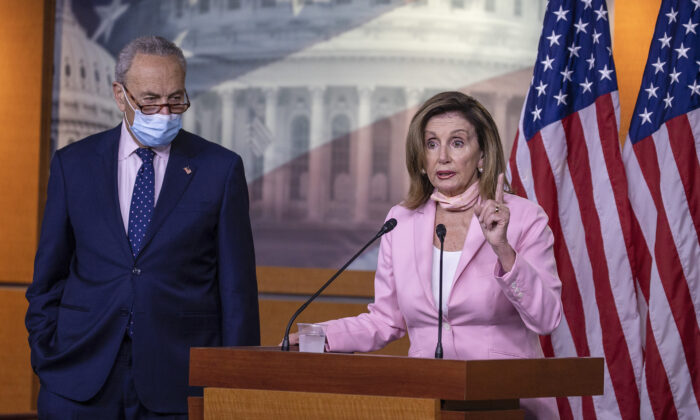 Debate Grows Over How to Extend Unemployment Bonus

WASHINGTON—The dispute over enhanced unemployment benefit grows as Republicans propose capping the benefits at 70 percent of a worker’s prior pay.

Treasury Secretary Steven Mnuchin said on July 23 that the Republicans oppose extending the enhanced unemployment insurance in its current form.

“Because we’re not going to pay people more money to stay at home than work,” he said.

The CARES Act enacted in March provided a $600 weekly benefit on top of regular unemployment insurance benefits. Republicans and some economists argue that the current benefit is so generous that it might discourage workers from returning to work. The supplemental benefit under the Act will expire on July 31.

“We want to make sure that the people that are out there that can’t find jobs do get a reasonable wage replacement,” Mnuchin said. “So it will be based on approximately 70 percent wage replacement.”

He also rejected the idea of reducing the extra unemployment benefit, saying “we like the proposal we have. It has kept millions out of poverty.”

In May, House Democrats passed a $3 trillion relief legislation, the HEROES Act, which extends the $600 extra unemployment benefit through January.

Pelosi dismissed the arguments that the extra benefit creates a disincentive to work.

“The plural of anecdote is not data,” she said. “We need data.”

“Why do they have to make a fuss over $600, which means a lot to many working families in our country, especially single moms in certain parts of the country where the unemployment benefit is very low.”

Republicans say that the $600 benefit is creating a disincentive to find jobs since it allows many Americans to receive more money than they made before.

As the disagreement grows over the stimulus bill, some Republicans have considered a short-term extension of the unemployment benefit while both parties negotiate a broader stimulus package.

“This is a package. We cannot piecemeal this,” Pelosi responded.

When asked if both sides can reach a deal by the end of next week, Schumer said: “I hope so. But they’re so divided.

“Nancy and I sent a letter to McConnell three weeks ago saying let’s sit down and negotiate. Nothing. Now we’re up against the cliff. We’ve got to solve the whole thing because there are a lot of different cliffs.”

Democrats and some economists believe that ending the $600 unemployment bonus would cause more financial harm on millions of Americans and further damage the economy.

They emphasize the positive economic effects of the benefit, such as increasing consumer spending by injecting money into the economy.

“By this warped logic we should start paying unemployed workers $6,000 a week and we will really have a rip-roaring recovery,” Stephen Moore, the president’s former economic adviser, wrote in a newsletter.

“These benefits are not a life preserver but a job killer. Our studies find that these high benefits will mean 10 million fewer workers on the job by the end of the year, thus killing any chance of a V-shaped recovery.”

According to Moore’s analysis, workers with salaries of up to $30 an hour make more than 100 percent of their prior wages by staying at home. And some part-time workers make more than triple from being unemployed.

A study by University of Chicago economists showed that the additional benefit has provided income expansion rather than income replacement for most unemployed workers throughout the country.

The study found that the estimated median replacement rate—the ratio of unemployment benefits to the worker’s original weekly salary—was 134 percent, and nearly 20 percent of unemployed workers were receiving benefits at least twice as large as their lost wage.

Ernie Tedeschi, an economist at Evercore ISI, predicted that Mnuchin’s 70 percent wage replacement proposal could equate to a $188 weekly bonus for the median worker, according to CNBC. His analysis was based on the data from the University of Chicago’s study.