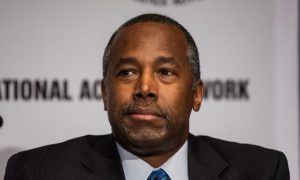 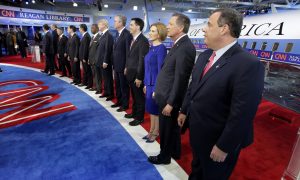 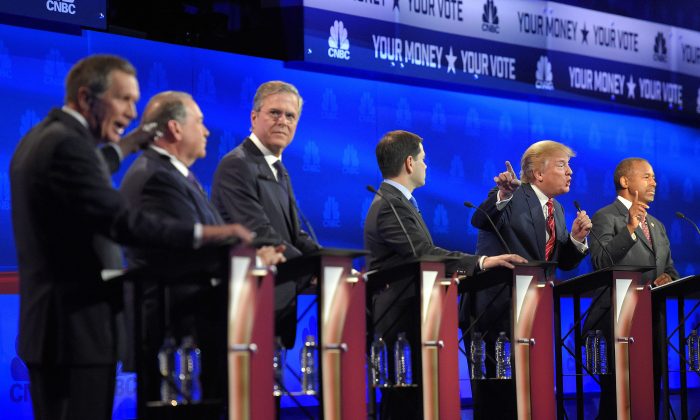 A day after the fourth Republican presidential debate, the candidates campaigned in early voting states and faced questions about their debate performances.

Rubio was asked about a moment during a commercial break that viewers could not see. A video of the moment left unclear whether Bush actually turned away from a Rubio overture, but some commentators cast it as an apparent snub.

“It may have looked that way, but that’s not what happened,” Rubio said on ABC’s “Good Morning America. “We’re fine.” Bush’s campaign has been more aggressive in attacking Rubio, his one-time protégé, while Rubio’s campaign has been working to counter that, in part by citing Bush’s praise of him over the years.

Rubio said the government must deal with those here illegally “responsibly but realistically.” He said those applying to remain legally would have to pass a criminal background check, pay a fine and learn English, among other requirements. He said they would then get a “work permit” valid for at least 10 years.

In a statement, Democratic National Committee spokesperson Christina Freundlich said Rubio “is offering no solutions to provide relief for our country’s immigrants.”

“Instead, he is trying to win over Trump supporters while turning his back on families that have a similar story to his own,” she said.

Trump, Rubio and most of the other GOP presidential candidates were campaigning in Iowa, New Hampshire and South Carolina, all states with early contests.

Carson was in Virginia, where he told a crowd of 12,000 at Liberty University that the campaign is fraught with “propaganda.” He has criticized the news media following reports that questioned details of the personal narrative.

“So many in the media want to bring me down, because I represent something that they can’t stand,” Carson said, later asking students to pray for him and his family.

In Iowa, New Jersey Governor Chris Christie said that he was happy with his performance in the undercard debate and that he is not going anywhere.

“I’m in,” Christie told The Associated Press before he headed into a packed town hall meeting in Bettendorf, Iowa. “My donors are excited. I’ve gotten great reaction, just in the last 15 hours or so, since everything was over.”

An upbeat Bush, also in Iowa, said he was pleased with his debate appearance as he made his way through a crowded corner of a Hy Vee grocery store in Johnston, pouring coffee at the store’s annual Veterans Day breakfast.

Supporters among the more than 100 who came out to see him generally agreed Bush rebounded Tuesday in Milwaukee from a poor debate performance last month in Colorado.