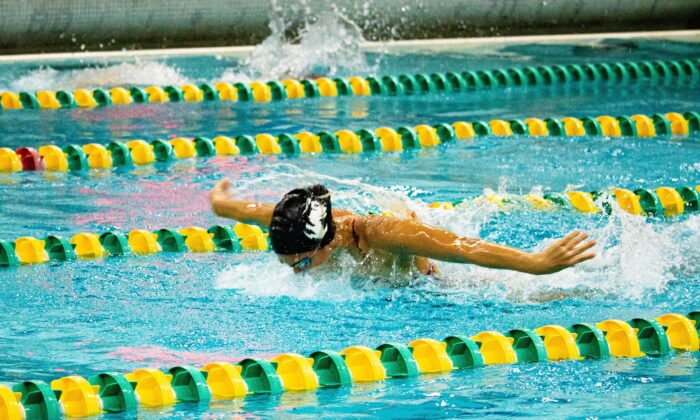 Debate About Fairness Ensues Over Trans-Athletes in Women’s Swimming

Finally, a prominent name in the athletic world has come out and said it: Transgender athletes who are biologically male don’t belong in women’s competitive sports.

In a blunt Dec. 19 editorial, John Lohn, editor-in-chief of Swimming World, the most prestigious swimming magazine in the United States, had hard words for Lia Thomas, the 22-year-old University of Pennsylvania women’s swim team member who recently broke three women’s records in freestyle swimming and who could be a women’s National Collegiate Athletic Association (NCAA) title contender in a few months. Thomas identified as a male, Will Thomas, and swam for the men’s team at Penn as recently as November 2019.

Lohn pointed out that Thomas had qualified for the women’s team after taking testosterone suppressants for barely one year, which is the NCAA’s minimum for allowing biologically male transgender athletes to compete as women. That rule “is not nearly stringent enough to create a level playing field between Thomas and the biological females against whom she is racing,” Lohn wrote.

“Thomas’ male-puberty advantage has not been rolled back an adequate amount,” Lohn wrote. “The fact is, for nearly 20 years, she built muscle and benefited from the testosterone naturally produced by her body. That strength does not disappear overnight, nor with a year’s worth of suppressants. Consequently, Thomas dives into the water with an inherent advantage over those on the surrounding blocks.”

He compared Thomas’s recent achievements to those of the doped-up East German female swimmers of the 1970s and 1980s whose performance-enhancing steroid use resulted in Olympic medals while officials looked the other way, leaving clean female athletes feeling demoralized.

“Questions lingered before the starting beep,” Lohn wrote. “How can I keep up? Is there anything I can do to negate their advantage? Why has this setting been allowed? Thomas enjoys similar advantages.”

Lohn’s editorial represents a welcome shift. Thomas’s case, which involves a distinguished Ivy League university and national swimming championships, has the highest profile in a slow wave of intrusion by biological males into women’s athletics. Earlier incidents have typically featured marginal sports that haven’t piqued much public interest. Transgender mixed-martial-arts fighter Fallon Fox became a source of controversy in 2014 after cracking the skull of a biologically female opponent, but retired from fighting soon afterward. Transgender weightlifter Laurel Hubbard qualified for the New Zealand team in the 2021 Summer Olympics, but at age 43, washed out competitively and was quickly forgotten.

The most prominent case before Thomas’s involved a Title IX lawsuit filed by four female high-school runners in Connecticut who are protesting repeated wins in 2019 by two transgender girls, biological males who hadn’t undergone testosterone suppression, much less male-to-female surgery, but nonetheless finished first and second in race after race (Connecticut, 16 other states, and the District of Columbia forbid discrimination against transgender people in student athletic competition, but don’t have even the NCAA’s minimal hormonal requirements for participating). In April, a federal judge dismissed the suit on the grounds that the lead plaintiff and the transgender athletes in question had already graduated, so the dispute was no longer a live one. The girls, now young women, have appealed the ruling.

College swimming at the NCAA’s Division I level presents a different case that puts squarely before the public eye the indisputable fact that adult biological men, because of the increased muscle mass and bone density that testosterone affords, routinely outperform biological women in athletics. In general, they’re bigger, stronger, faster, and superior to biological women in every sport, with a handful of exceptions (such as gymnastics and figure skating) that depend on gracefulness rather than strength or speed. No woman, for example, has ever run a four-minute mile: The first man to do so, Roger Bannister, broke that barrier in 1954. When biological males and biological females compete against each other on playing fields—or in swimming pools—the biological females almost always lose.

Yet the response of the sports establishment and the media has been head-in-the-sand denial, coupled with vindictive reprisals against anyone who calls attention to this obvious and empirically supported fact. Not a single one of Thomas’s teammates have dared to openly complain—nor have any of the other college swimmers who witnessed Thomas break meet, pool, and school records for women at a University of Akron invitational on Dec. 5. The most they could do in public was cheer when the actual female winner of the 1,650-yard freestyle at Akron, Penn teammate Anna Kalandadze, finished second 38 seconds after Thomas, according to a report on the maverick sports website OutKick.

On Dec. 5, the parents of about 10 members of the Penn women’s swim team sent an open letter to the NCAA begging it to reconsider its rules that allow Thomas to compete as a female.

“At stake here is the integrity of women’s sports,” reads the letter, which was obtained by the Daily Mail.

But the parents didn’t reveal their identities. There’s too much at stake for their offspring in woke academia and woke society: ostracism, loss of athletic scholarships, dismal futures in graduate school, or the job market once they leave Penn.

And not a word of protest has been heard from feminist sports celebrities such as soccer superstar Megan Rapinoe. They know what happened when tennis legend Martina Navratilova complained in 2019 that it was “unfair” for biological males to compete athletically against biological females. She called it “cheating.” Navratilova was forced to issue a lengthy apology.

Syndicated columnist Dennis Prager has pointed out that after Thomas broke women’s swimming records in Akron, the biological women who had won those records fairly “no longer hold them.” Stripping women’s sports titles from them isn’t just an injustice. It’s an erasure of women from the very institutions that were created to recognize their own genuine athletic achievements.