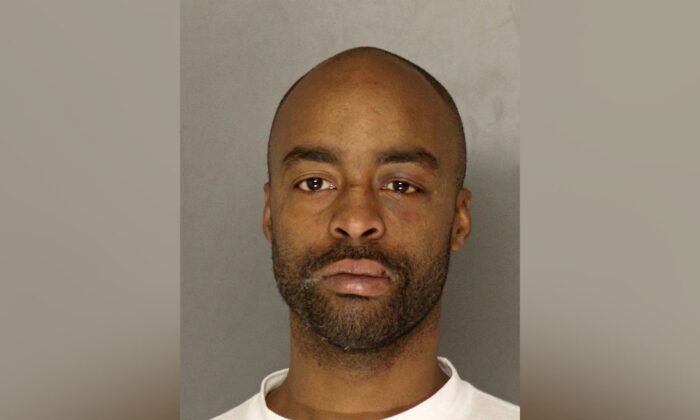 PITTSBURGH—A death penalty trial has begun for a man accused of having set a house fire that killed a young child and two women in Pittsburgh 4.5 years ago.

Martell Smith, 45, faces three counts of homicide as well as aggravated arson and other charges in the early morning December 2017 blaze in the Homewood neighborhood, which Allegheny County prosecutors say he set after getting into a bar fight with another man.

Police say surveillance images show him buying a gas can and filling it at a gas station, and they say he then drove to the home, doused the three-story brick structure with the gasoline, lit it and drove away. Killed were 21-year-old Shamira Staten, her 4-year-old daughter, Ch’yenne Manning, and 58-year-old Sandra Carter Douglas.

Defense attorney Randall McKinney told jurors Monday the fight was brief and his client had no motive, but police did not look for another suspect, the Tribune-Review reported. He said gasoline was found on his client’s clothing because he filled a gas can at a gas station to take back to his own car, which was low on fuel.

Deputy District Attorney Brian Catanzarite, however, said the fight left Smith with a bloodied face, torn shirt, and broken necklace. After the fire, he said, witnesses reported seeing the defendant pacing up and down the street, bragging about what he had done.

Prosecutors said capital punishment would be warranted if Smith is convicted of first-degree murder, citing the fact that the slayings occurred during commission of another felony, that the victims included a child and because of the defendant’s criminal record.

Democratic Pennsylvania Gov. Tom Wolf imposed a moratorium against carrying out any death sentences shortly after taking office in 2015. Three people have been executed since the state reinstituted capital punishment four decades ago, the most recent in 1999. All three had voluntarily given up on appealing their sentences.