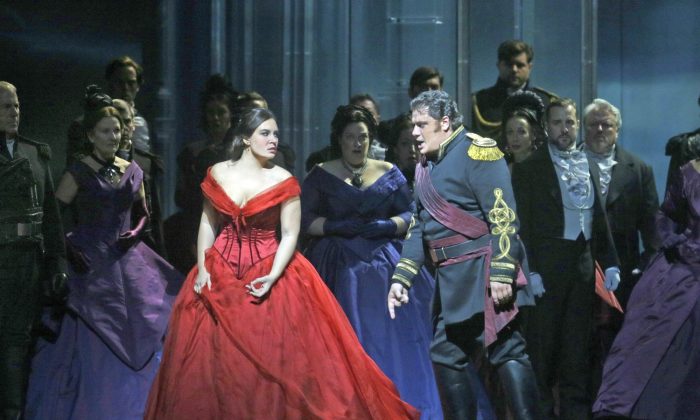 Melbourne Opera’s artistic director has called on the board of Australia’s national opera company to explain why it won’t stage productions in the Victorian capital.

Opera Australia will not stage any full shows in Melbourne in 2023, with only five “in concert” dates programmed.

“Whoever’s made this decision to just completely crush Melbourne has got a lot to answer for – it’s inexcusable,” Melbourne Opera’s Greg Hocking told AAP.

“Is it a national company? Or is it a Sydney racket?”

Hocking said Melbourne’s opera fans were gobsmacked by the decision, which has been blamed on the State Theatre’s closure for renovations.

However, building works do not start until 2024, and bookings have been made available to the national company, the Arts Centre Melbourne has previously confirmed.

“To use the closure of the State Theatre as an excuse is pathetic. You can drive a truck through that excuse,” Hocking said.

Melbourne has experienced a theatre bottleneck of late, with big musicals such as Hamilton playing some of the few theatres large enough to stage operas.

Hocking said other options would have been available to Opera Australia.

His company will stage Wagner’s Ring Cycle at Bendigo’s Ulumbarra Theatre, while the Australian Ballet will perform a full 2023 season despite the State Theatre closure.

Opera Australia received more than $13 million from the federal government in 2021, and another $7.7m from the NSW government as COVID-19 lockdowns impacted its finances.

The Victorian government funds the company to the tune of more than $1m.

“It’s the most money given to any performing arts company by a long way in Australia, and yet it’s not on any analysis fulfilling its federal obligations,” Hocking said.

“They’ve taken the money and not done the shows.”

The restricted Melbourne season will likely mean millions of dollars in lost ticket sales with the 2023 slate, which is artistic director Lyndon Terracini’s last, concentrating on popular classics.

Brisbane will host Aida as well as a world-first digital production of Wagner’s Ring Cycle.