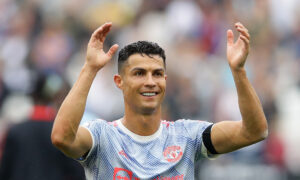 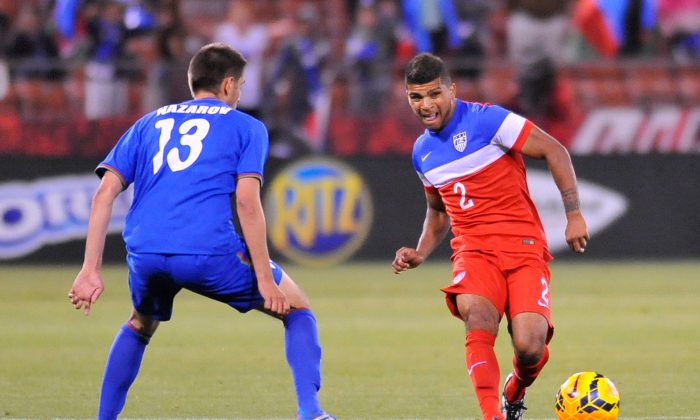 Yedlin, 20, was only called up to the senior team on January 3 of this year, making his first appearance on February 1 against South Korea.

Yedlin, who will make $93,000 this year playing for the Seattle Sounders ultimately earned his spot on the final 23-man roster for the World Cup.

Yeldin, who is one-quarter black, one-quarter Native American, and half-Latvian, says that if he makes it into any of the World Cup games then he knows what coach Jurgen Klinsmann wants him to do–attack.

“A big part of this team is outside backs getting forward, especially because we are playing so compact,” he told the Seattle Times. “So we need to put them outside. So, that’s the main thing … to attack.”

On the other hand, the defender knows that he has other responsibilities.

“We are defenders first so, (it is important) to block all crosses coming in,” he added. “If they can’t get crosses in, then it’s going to be a lot harder for them to score goals.”

Yedlin, who started playing soccer at age four, says that he owes his success to his family.

“My grandparents have been big supporters in my life, without them paying for all the soccer growing up I don’t know I would be where I am today,” said Yedlin in an interview posted on the Sounders website.

“My uncle has definitely been big in my life; he’s kind of been my father figure. He played (soccer) when he was younger and he’s definitely taught me a lot. He’s always asking me questions about how I’m doing and he’s always there to help me if I need help. He’s probably the biggest motivator to get me to where I am today.”

Caleb Porter, the head coach at the University of Akron who was an assistant for the U-18 team when Yedlin was invited there, says that he expects big things from Yedlin.

“He’s as talented as any player I’ve coached in that role,” said Porter. “The sky is limit; he’s a very talented kid.”