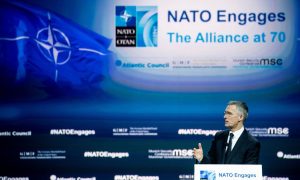 At NATO Meeting, Members Consider How to Counter China Threat
0 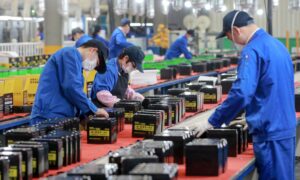 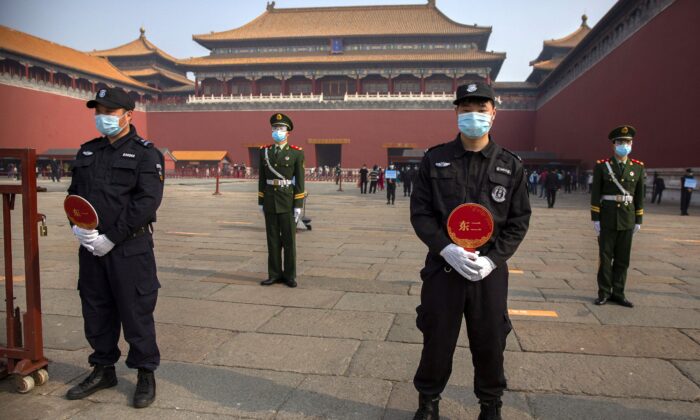 Chinese paramilitary police and security officers stand guard outside an entrance to the Forbidden City in Beijing on May 1, 2020. (Mark Schiefelbein/AP Photo)
Thinking About China

Dealing With the China Challenge 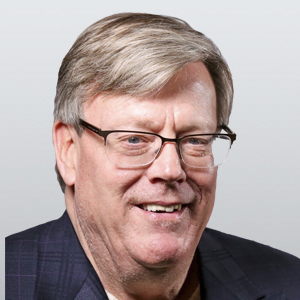 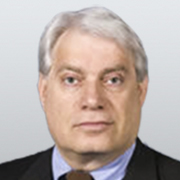 In the “Wizard of Oz,” Dorothy and her companions are warned to “pay no attention to the man behind the curtain” because to do so would have exposed Oz himself as a fraud.

Similarly, the worldwide spread of the COVID-19 virus has hopefully revealed the true nature of the multiple unlawful, aggressive, and dangerous policies of the Chinese Communist Party (CCP).

Take, first, the COVID-19 pandemic. There’s no doubt that this plague began in China, that the CCP suppressed information about its scope and lethality, and when that was exposed, Beijing tried to fix the blame on the United States. There also is evidence that Chinese leader Xi Jinping asked the WHO (World Health Organization) to delay transmission of information abroad concerning the scope of the pandemic.

But China’s aggressive policies also go further. China, Russia, and Iran are coordinating a tripartite information war against the United States, while China, apart from conducting its own long-standing cyber and information strikes, also is emulating Russian information war tactics.

China has also threatened the EU and Australia with trade wars and sanctions if they tell the truth about how China has contributed to the global dissemination of COVID-19. State-sponsored hackers from China, Russia, and North Korea have used this opportunity to launch a global campaign to infect global networks with malware.

China’s information and cyber campaign in connection with the pandemic began as early as January, according to a Stanford University report.

But beyond trade wars and information/cyber strikes as part of its overall espionage programs against the United States and its allies, China has repeatedly also shown its military hand in Asian maritime disputes. For example, China regularly threatens Malaysian and Vietnamese vessels searching for new energy deposits in the South China Sea, while Chinese sailors have pointed a laser gun at a Philippine ship there. All this has led to counter-deterrence moves by new U.S. Naval and air deployments.

These Chinese moves come on top of long-standing CCP predatory behavior regarding trade with and investment in China, as well as the theft of intellectual property and technology from the United States.

The United Nations also has reported that China is complicit, along with Russia, in breaking the U.N. sanctions they voted for against North Korea, particularly regarding oil shipments. Thus, those U.N. sanctions have essentially been nullified by Russia and China acting jointly.

We are confronting a Sino–Russian alliance that works together in Northeast and Southeast Asia, through Chinese support for Russia’s intervention in Syria and for three-sided cooperation with Iran.

How then should we reply to this China challenge? Former World Bank head Robert Zoellick recommends we simply propose better ideas and put together attractive partnerships, particularly in which China no longer is a bad actor on proliferation, trade, or climate change.

To a serious degree, many have argued for decoupling our economies from China; doing so, in some respects, is inherently a long-term process. And given the scale of the global economic challenge now confronting us, it will most likely have to be done over time. But in key areas such as high-technology, the defense industry, and health care, we first can immediately begin to reinvigorate our own base for producing the tools and products we need here.

And second, because the challenge is an inherently global one, our response must both be realistic, and to the extent possible involve multiple allies. To some degree, America First policies pursued might foster inter-allied resentments that Beijing and Moscow can then exploit and weaken allied resolve. To counter the encroachments of China and Russia, whose strategy is to strike at allies and peripheries rather than directly at the United States, we might foster a hybrid approach—both standing up for U.S. interests, and doing so, in cooperation with our allies.

Thus, it’s trade wars, or appearing to stand aloof from efforts at international recovery, that cause dismay among our European and Asian allies and raise the specter of those alliances dissolving over time, an outcome that only benefits China and Russia. Warnings about precisely this outcome are now rapidly multiplying, but we should acknowledge U.S. tariff policy did persuade Canada, Mexico, Japan, South Korea, and China to sign new trade deals.

The big issue now is “what next?”

Our allies have also been greatly harmed by the Chinese regime’s malign behavior. Thus, they are ready to seek better deals elsewhere, especially with the United States. And certainly, it’s very true that alliances can be a source of strength for the United States. They can, when not increasing dependency, minimize the costs of global military deployments, since we can deploy forces in Japan, South Korea, Australia, and in front-line NATO countries; those bases can serve to be jumping-off points for projection into other global crises if necessary.

Alliances can also strengthen our ability to deter China militarily and compete with China economically, while creating regional communities of interest with sufficient resilience to resist both Chinese economic blandishments and/or threats, while still protecting U.S. sovereignty and interests. We could further reunite with the EU and Asian allied states to form regional trade pacts with credible mechanisms for dispute resolution, and build on the new trade deals with South Korea and Japan.

In the military sphere, organizations such as NATO in Europe or our alliances with Japan and South Korea have kept the peace for 75 years. Indeed, it may take an alliance of Asian and interested European states to patrol the South China Sea on a permanent basis to deter China’s aggressive moves there. Securing considerable increases in allied military support—for the Western Pacific and NATO—was a singular achievement of the Trump administration that moved things in the right direction.

Indeed, China’s suppressing knowledge of the pandemic, its massive and unconscionable repression of its Muslim Uyghur population, its militarily aggressive moves in the South China Sea, and its false news information offensives, to name only a few, are as much a sign of weakness as anything else. Leninist and authoritarian states such as Russia and China can’t afford to admit weakness. They are always haunted by the knowledge of their own illegitimacy and corruption, and therefore, they are impelled to behave aggressively in world politics.

But we should also recognize that Xi’s neo-Maoist leadership actually may be significantly weakening China’s economy, which clearly is suffering more from the pandemic than it will admit. Moreover, its repressions and offensives betray its constant fear of being under attack, and that China’s domestic opposition will exploit any weakness.

This ingrained paranoia simultaneously makes such states difficult to deal with, but it also is an inestimable advantage to the United States and its allies who have no such fears.

Therefore, while recognizing the China challenge, we must, at all costs, not lose our nerve. Losing our confidence is precisely China’s main goal. But a strong, confident America can, while standing up for its people’s interests, along with its allies, take advantage of China’s weaknesses and internal instability, as a regenerated American confidence can restore the right balance to U.S. and China relations.

Peter Huessy is the president of Geo-Strategic Analysis of Potomac, Md., a defense and national security consulting firm.

Stephen Blank is a senior fellow at the Foreign Policy Research Institute.