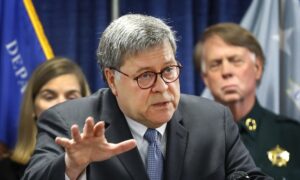 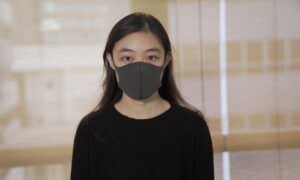 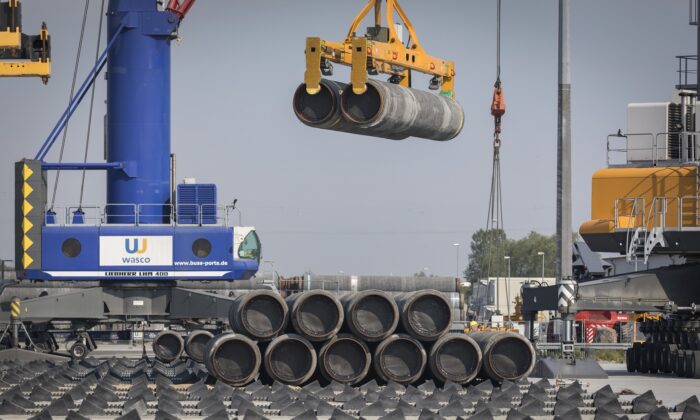 WASHINGTON—Senate and House negotiators reached an agreement on the National Defense Authorization Act (NDAA) that includes among its hundreds of provisions a measure requiring sanctions against individuals and firms backing construction of Russia’s Nord Stream 2 natural gas pipeline.

“Including my legislation with Sen. Jeanne Shaheen (D-N.H.) in the NDAA highlights the bipartisan, bicameral consensus in Congress and throughout the government that the U.S. must stop Russia’s Nord Stream 2,” Sen. Ted Cruz (R-Texas) said in a statement.

“In the coming days, Congress will approve and the president will sign into law targeted sanctions that will do exactly that, specifically penalizing the companies involved in installing the pipeline,” Cruz said.

The targeted firms include Shell, Wintershall, Uniper, OMV, and Engie, which are funding half the pipeline’s construction costs.

“In doing so, we will have protected Europe’s energy security and prevented Putin from leveraging billions of dollars that could be used to fuel Russian aggression,” he said.

The Cruz-Shaheen sanctions proposal was introduced earlier this year as the Protecting Europe’s Energy Security Act of 2019, which was approved July 31 by the Senate Foreign Relations Committee on a 20–2 vote.

Russian President Vladimir Putin began construction of the Nord Stream 2 pipeline in an effort to create an alternative structure to transport natural gas from his country to multiple customers in Eastern and Western Europe.

Russia has long been Europe’s main source of natural gas, although the invasion of Ukraine by the Russian military in 2015 prompted the latter to phase out its purchases. Putin also worried military action would damage Nord Stream 1, which opened in 2011 with a major section transiting Ukraine.

“If the pipeline enters into operation, it is expected to further reduce Russian gas transit through Ukraine. This development would not necessarily increase Ukraine’s vulnerability to energy supply cutoffs,” CRS said.

“Ukraine stopped importing natural gas directly from Russia in 2016; it could, however, increase Ukraine’s strategic vulnerability, as Russia’s dependence on Ukraine for gas transit would no longer be a potential constraining factor in its policies toward Ukraine,” CRS continued.

A U.S. measure approved in 2017 reaffirmed U.S. opposition to the new pipeline, due to its “detrimental impacts on the European Union’s (EU) energy security, gas market development in central and eastern Europe, and energy reforms in Ukraine,” according to CRS.

Secretary of State Mike Pompeo said in November 2018, the new pipeline “undermines Ukraine’s economic and strategic security, and risks further compromising the sovereignty of European nations that depend on Russian gas.”

Ukraine’s largest natural gas company, Burisma, is at the center of Democrats’ current impeachment drive in the House of Representatives.

Former Vice President Joe Biden’s son Hunter was appointed to Burisma’s board of directors in 2014, despite having no training or experience in the energy industry, and no prior experience working in Ukraine. The younger Biden was reportedly paid more than $50,000 a month by Burisma when his father was President Barack Obama’s “point man” on U.S. policy on Ukraine relations.

During one of his multiple trips to Ukraine in that capacity, the vice president told Ukrainian authorities that they wouldn’t receive $1 billion in previously approved U.S. assistance if a prosecutor who was investigating Burisma on money laundering allegations wasn’t fired within six hours. The prosecutor was fired as Biden demanded.

Both Bidens have strenuously denied wrongdoing with Burisma. Hunter Biden resigned from the Burisma board earlier this year.

In their impeachment drive, Democrats have accused President Donald Trump of pressuring Ukrainian President Volodymyr Zelensky during a July 25 telephone conference call to investigate the Bidens’ involvement with Burisma or risk the loss of U.S. assistance.