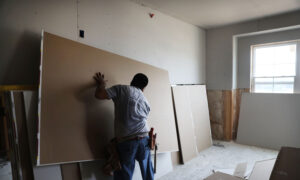 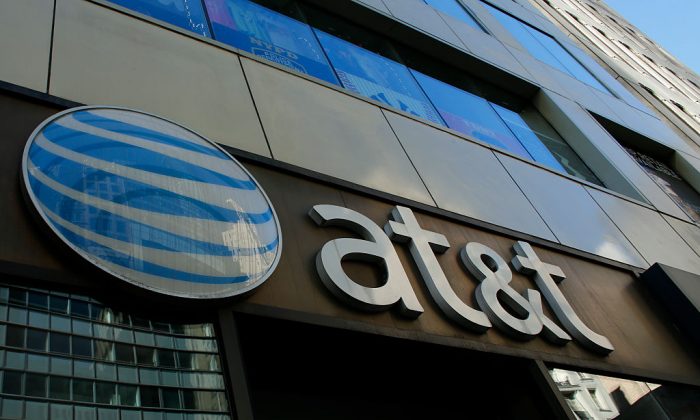 An AT&T store is seen on 5th Avenue in New York on Oct. 23, 2016. (Photo credit should read KENA BETANCUR/AFP/Getty Images)
US News

It’s the $85 billion question that could hold the key to how mega deals are made for years to come.

Leon’s decision could open the door to Comcast finally making a formal bid for the 21st Century Fox assets it’s been eyeing since last year, make it easier for Verizon to buy a content company, and clear the regulatory path for deals Cigna and CVS have already announced.

All of those deals unite companies in different parts of an industry’s supply chain. For years, these so-called vertical deals have typically received light treatment from antitrust enforcers, unlike the horizontal mergers that bring together direct competitors. Opposition to the Time Warner acquisition marked an aggressive turn by the Justice Department, but one that could be short-lived if Leon rules against the government.

“If the government loses, we could see more of the larger vertical deals, particularly in heavily regulated industries,” said John Harrison, global head of media and entertainment at advisory firm EY. “Even if the government wins, the rationale for transactions is going to remain intact and should supersede concerns around regulatory and political outcomes.”

Companies are trying to buy growth through deals as they scale up to compete at a time when digital change is wreaking havoc on industries as diverse as media, health care, retail, and banking, Harrison said. Those reasons, combined with U.S. tax reform and easy financing conditions, should drive a strong year for deals, he said.

Almost $1 trillion of mergers and acquisitions involving U.S. companies have been announced this year, 55 percent more than during the same period in 2017, according to data compiled by Bloomberg. Communications deals account for about 15 percent of the transactions made so far in 2018, the data shows.

Comcast has indicated it’s waiting for the outcome of the case before it launches a formal offer for 21st Century Fox. Though that transaction would have horizontal concerns as well, the more significant risk for Comcast is likely to stem from combining its distribution network—it’s the biggest U.S. cable-TV operator and provides broadband service to about 26 million customers—with Fox’s programming. Regulators may be concerned that Comcast could use its control over programming to thwart competition from online rivals such as Netflix Inc.

Comcast’s formal offer for the Fox assets is likely to come as soon as this week, according to people close to the process who asked not to be identified as the details are private. A win for AT&T could also make it easier for telecommunications providers such as Verizon and Charter Communications Inc. to make a play for content assets.

Change at the top of Verizon, however, could mean the company is more likely to stay on the sidelines of any deal frenzy. Hans Vestberg, who was named as Verizon’s next chief executive officer on June 8, plans to focus on improving its network in the coming years rather than trying to outdo competitors with blockbuster deals.

Away from the media and telecom industries, the decision could offer clues for other vertical deals in the works. That includes CVS’s $68 billion deal for Aetna Inc. and Cigna’s $54 billion acquisition of Express Scripts Holding Co. Both combine companies operating in different parts of the same sector: retail, health insurance and pharmacy benefit management.

Leon’s decision is being closely watched not just because it affects a blockbuster merger that could reshape the media landscape, but because government lawsuits to block vertical deals were almost unheard of before the Time Warner case. Leon’s ruling and any appeal that follows promise to lay a foundation for how aggressive enforcement can be.

If the government wins, companies that have vertical deals under review may have to consider significant divestitures or even walking away from their agreements. It could also make it tougher to win approval for such deals in the future.

“After 30 years of less concern on vertical deals, the obligations to get those deals done will go up and you could see reverse termination fees creep into merger agreements,” said Paul Scrivano, global head of M&A at law firm Ropes & Gray LLP.

The worst outcome for the Justice Department would be Leon rejecting the government’s theory of harm that can stem from a vertical deal. That would stop enforcement against vertical mergers, said Chris Sagers, an antitrust law professor at Cleveland-Marshall College of Law.

Leon could still rule against the government but support the theory behind its case—that AT&T would gain leverage over pay-TV rivals from acquiring Time Warner in the $85 billion transaction. The Justice Department says that bargaining power will raise the cost of Time Warner programming and increase prices for cable and satellite-TV subscribers.