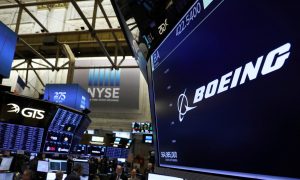 Boeing Shares Cheaper, but Are They a Buy?
0
Share Now
TelegramFacebookTweetEmailTellMeWeReddit
Copy Link 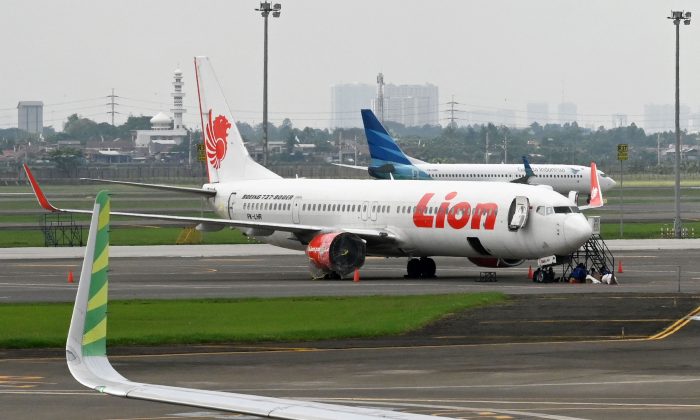 A pilot who was not rostered to work is being called a hero for saving a brand-new Lion Air jet from a devastating crash just one day before the same aircraft fatally crashed into the Java Sea in October last year.

The extra pilot had been traveling in the cockpit jumpseat on an Oct. 27 flight from Bali to Jakarta when he noticed the crew of the Boeing 737 Max 8 was struggling to take control of the aircraft.

In flight, the jet showed unusual variations in altitude and airspeed within the first several minutes of taking off. Some included an 875 foot (267 meter) drop in the space of 27 seconds when the plane would typically be ascending before it stabilized and continued to Jakarta.

While the jetliner was in a nose dive, the extra pilot realized that the problem was with the flight-control system and instructed the crew how to disable it to stabalize the aircraft, two people familiar with Indonesia’s investigation told Bloomberg.

BREAKING: An off-duty pilot who happened to be riding in the cockpit saved a diving Boeing 737 Max 8. The next day, the same Lion Air jet crashed into the Java Sea, killing all 189 aboard https://t.co/HQ8R8EhAWO pic.twitter.com/iI3ot0tyhR

The solution was to temporarily cut power to the motor, causing the plane’s nose to descend. This is part of a checklist that all pilots are required to memorize, according to Bloomberg.

The next Lion Air crew was not so fortunate and crashed the same plane into the Java Sea on Oct. 28, 2018, killing all 189 people on board.

U.S. officials investigating the Lion Air crash are trying to determine whether the plane’s anti-stall system was involved in the crash, following the more recent Ethiopian Airlines jet crash that killed 157 people on March 10.

A spokesperson for the U.S. Justice Department and the inspector general Michael Horowitz said on March 18 that they can neither confirm nor deny the existence of any such inquiries.

A federal grand jury in Washington has sent a subpoena to someone involved in the plane’s development, seeking emails, messages, and other communications, according to the Associated Press.

Boeing CEO Dennis Muilenburg said in an open letter dated March 18 to airlines, passengers, and the aviation community that the manufacturer is taking actions to ensure its 737 Max jets are safe.

This includes releasing a software update and offering additional pilot training for the 737 Max to “address concerns” in the aftermath of the Lion Air crash, he said.

Boeing has developed a software patch and pilot training program to address issues with the Boeing 737 Max identified in the October Lion Air crash, the FAA says https://t.co/6XtRQCXTFj pic.twitter.com/LsQEVTxUpu

However, the U.S. company would not respond to questions about the subpoena.

“Boeing does not respond to or comment on questions concerning legal matters, whether internal, litigation, or governmental inquiries,” Boeing spokesman Charles Bickers said in an email to AP.

“All the data and information that we have on the flight and the aircraft have been submitted to the Indonesian NTSC,” Lion Air spokesman Danang Prihantoro told Bloomberg.

Ethiopian authorities have asked BEA for help in downloading and interpreting data from the black boxes because Ethiopia lacks the necessary technology and know-how.

FAA previously said that satellite-based tracking data showed the movements of the Ethiopian Airlines flight prior to it crashing were similar to those of the doomed Lion Air plane. In both incidents, the planes flew with erratic altitude changes that could indicate the pilots struggled to control the aircraft. Shortly after their takeoffs, both crews had tried to return to the airports before they crashed.

FAA announced on March 13 that the Boeing 737 Max 8 and 737 Max 9 models would be temporarily grounded in the United States “as a result of the data gathering process and new evidence collected at the [Ethiopia crash] site.”

American Airlines pilot Dennis Tajer confirmed that Boeing held talks with airlines on March 14 but had neither invited pilots at American nor Southwest, the two U.S. carriers that use the same version of the Max that crashed in Indonesia and Ethiopia, AP reported.

Airline officials confirmed that Boeing intends to offer pilots about a 15-minute iPad course to train them on the new flight-control software on Max jets that is suspected of playing a role in the crashes, Tajer told AP.