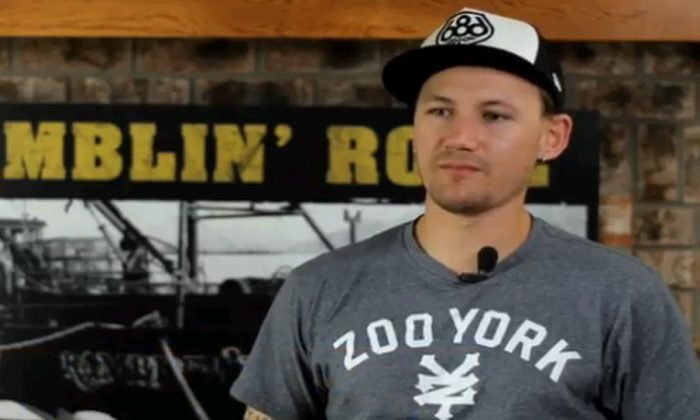 Captain Elliott Neese Not in Pre-Season Episode
By Alex Johnston

“Deadliest Catch” star missing: One of the show’s stars, Elliott Neese of the Ramblin’ Rose, was not present during the “Mutiny on the Bering Sea” pre-season episode, according to Yahoo News.  Neese, however, has sent out tweets, including one that said “don’t believe everything you see.”

“In all honesty, I’m kinda not surprised Elliott isn’t here this year,” Sig Hansen, captain of the F/V Northwestern, said. Neese, the youngest captain, struggled during last season with his catches and was even fined by State Wildlife Troopers.

He also endured problems with his ex-girlfriend and mother of his two children.

However, Scott Campbell of the Seabrooke, said that “he should be up here; he should already be ready to go.”

“I bought my own boat to prove stupid people like you wrong 🙂 ,” Neese tweeted on Thursday. He added: “Crew showed up today really gettin to work on the boat we have 2 months to do a total retrofit/ makeover I hope we can make our deadline!!”

“Deadliest Catch” will return to TV on April 16, and will feature increased tension between long-serving captains and some of the younger members of the crew.

“This year a lot of young guys are trying to get a start, make a name for themselves,”  Hansen told The Hollywood Reporter in a report this week.

The show will continue with the captains searching for crab through rough conditions in the Bering Sea, but during the next season, there will be a notable focus on strife between the show’s members.

“While the skippers wage war for crab supremacy, the youth seek opportunity. Time Bandit deckhand Josh Harris attempts to keep his father’s fishing legacy alive, while on the Northwestern, both Edgar Hanson and Jake Anderson’s quest for a captain’s chair becomes closer to reality,” reads a release from Discovery.

The channel also said the crew will face additional tribulation–a “brutal business downturn”–during its next season.