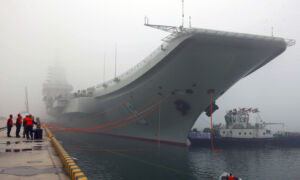 SEOUL, South Korea— A South Korean government spy was found dead Saturday in an apparent suicide alongside a note that seemed to comment on the recent revelation that the spy agency had acquired hacking programs capable of intercepting communications on cellphones and computers, police said.

A police official in Yongin city, just south of Seoul, said the 46-year-old National Intelligence Service agent was found dead in his car, but would not reveal the agent’s name or details about the note, saying his family requested that the information not be made public. The official spoke on condition of anonymity, citing office rules.

The NIS said Tuesday that it had purchased the hacking programs in 2012 from an Italian company, Hacking Team, but that it used them only to monitor agents from rival North Korea and for research purposes. The story emerged earlier this month when a searchable library of a massive email trove stolen from Hacking Team, released by WikiLeaks, showed that South Korean entities were among those dealing with the firm.

The revelation is sensitive because the NIS has a history of illegally tapping South Koreans’ private conversations.

Two NIS directors who successively headed the spy service from 1999 to 2003 were convicted and received suspended prison terms for overseeing the monitoring of cellphone conversations of about 1,800 of South Korea’s political, corporate and media elite.