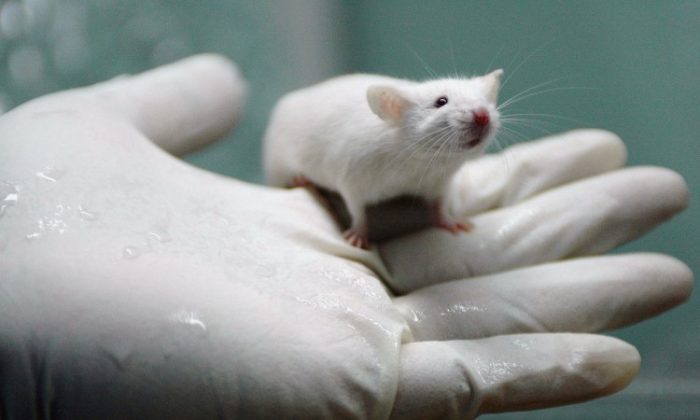 A worker holds a white rat at a laboratory at the West China Medical School of Sichuan University on Aug. 3, 2005 in Chengdu. (China Photos/Getty Images)
US

LINCOLN CITY, Ore. (AP) — A Subway customer says he found a dead mouse in a sandwich at an Oregon restaurant.

Matt Jones says spotting the mouse at the Lincoln City restaurant last week was the funniest thing he ever saw — and the most disgusting.

Guy at a Subway in Oregon got a DEAD RAT on his sandwich. #NoHoax..THE SANDWICH WAS STILL BEING MADE! #THATSJUSTNASTY pic.twitter.com/vVuvbMgdD5

He tells Portland’s KGW-TV (http://is.gd/275jag ) his friend wanted spinach on his sub. The employee scraped some from a bin and plopped it on the bread. There was shock on both sides of the counter.

Lincoln County health director Cheryl Connell says an inspector studied the rodent and the bin, and looked for droppings elsewhere in the restaurant. She says the rodent likely arrived in a bag of spinach.

Subway declined to identify its spinach supplier. It issued a statement saying the restaurant was thoroughly cleaned and the customer given a refund.