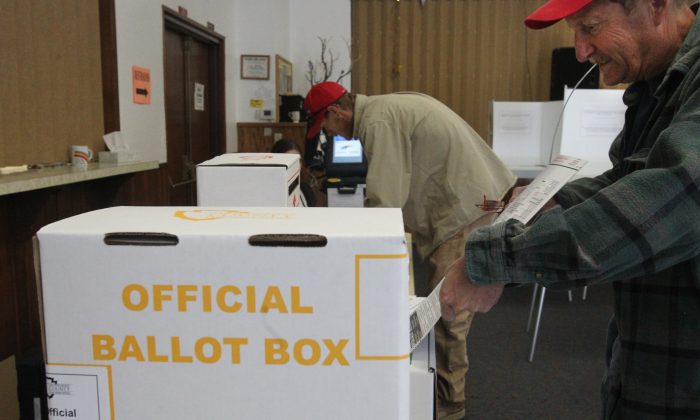 A voter casts their ballot at a polling station in the Summit Christian Fellowship in California on Nov. 8, 2016. (BILL WECHTER/AFP/Getty Images)
US

OCEANSIDE, Calif.—Voters in one California city have elected a dead man to office.

Official figures show that Oceanside City Treasurer Gary Ernst was re-elected Tuesday even though he died in September.

There wasn’t time to remove his name from the ballot after he died from diabetes complications.

Since he can’t take office, the City Council can declare the seat vacant and decide to appoint someone to fill out the term or call a special election. A decision could be made next month.

Scott tells San Diego’s KNSD-TV that she’d like to be appointed to the post to honor the more than 15,000 people who voted for her.

She says she doesn’t think voters knew Ernst was dead.